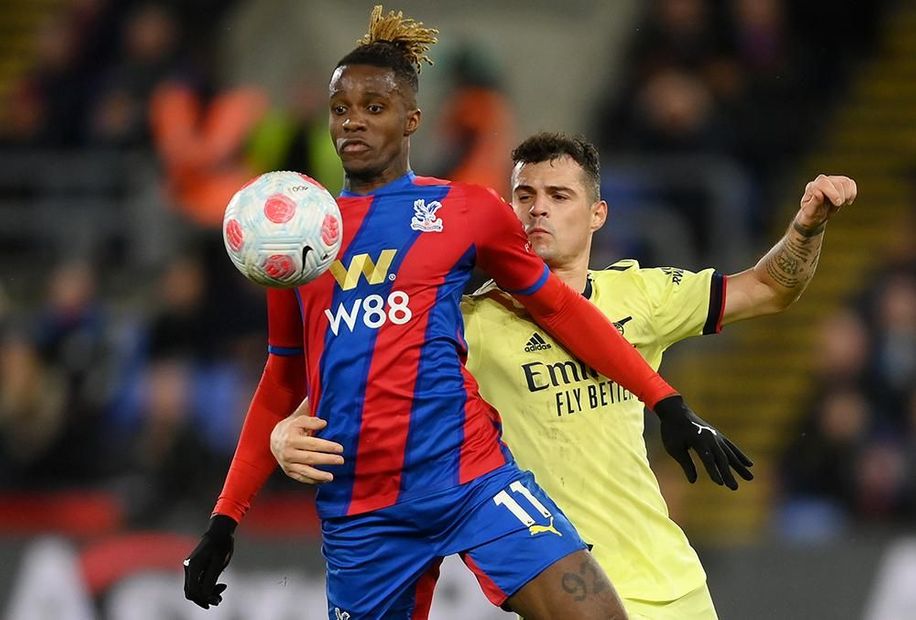 The 2022/23 Premier League season kicks off in 50 days with a London derby for the second year in a row as Crystal Palace host Arsenal at 20:00 BST on Friday 5 August, while defending champions Manchester City have been handed another tough start to their title defence.

Arsenal opened 2021/22 with a short trip across the capital to promoted Brentford and were handed a 2-0 defeat, one of three consecutive losses they suffered to start the season. Patrick Vieira's Palace beat Arsenal 3-0 when they met at Selhurst Park in April, and have lost only once in their last eight encounters with the Gunners.

Man City must negotiate a challenging trip to West Ham United that will be televised live on Sky Sports in the UK on Sunday at 16:30 BST.

In their most recent meeting, on 15 May, West Ham gave Man City a big shock, going 2-0 up at half-time before the champions recovered to draw 2-2 and get their title bid back on track. Guardiola will be hoping the addition of the prolific striker Erling Haaland will bring a more positive start.

It seems goals are guaranteed in the 12:30 BST kick-off on Saturday (live on BT Sport in the UK) as Liverpool have been drawn against Fulham.

Jurgen Klopp will open a campaign against a promoted team for the fourth season running and their past three meetings against Watford, Leeds United and Norwich City respectively have averaged more than five goals. This might be music to the ears of new Liverpool forward Darwin Nunez, who scored 26 goals in 28 matches for Benfica last season.

Nottingham Forest will end their 23-year exile from the Premier League with a trip to Newcastle United. Forest have one of the best opening-weekend records in Premier League history, but face a Magpies side who were resurgent under Eddie Howe in the second half of the season.

AFC Bournemouth, the other promoted team, will host Aston Villa in what is a repeat of the Cherries' first Premier League fixture.

Everton's home tie with Chelsea, which kicks off at 17:30 BST on Saturday, will bring happy memories for Toffees manager Frank Lampard. A 1-0 win in May at Goodison, against the club where he is a legend, helped Lampard to steer Everton out of the relegation zone.

In the other live televised match in the UK, Erik ten Hag starts life as Manchester United manager at Old Trafford against Brighton & Hove Albion in the Sunday 14:00 BST fixture.

The importance of the Boxing Day fixtures are even greater this season, as they will be the first after the 2022 FIFA World Cup final on Sunday 18 December 2022.

Special arrangements have been made to allow more time between matches played across the three festive match rounds giving squads greater time to recover. Previously, clubs were given a minimum of 48 hours between matches.

This year's Boxing Day schedule will feature three London derbies as well as a south-coast meeting for Southampton and Brighton.

After a thrilling 2021/22 season where so much was decided on the final round of fixtures, the eyes of fans, players and managers soon turn to their Matchweek 38 opponents, on 28 May, 2023.

The two main title rivals for the past four seasons are both away from home. Man City travel to Brentford, while Liverpool are at Southampton.

Will they take their battle to lift the Premier League Trophy down to the wire like last season? Or will another team emerge from chasing pack to break their dominance?