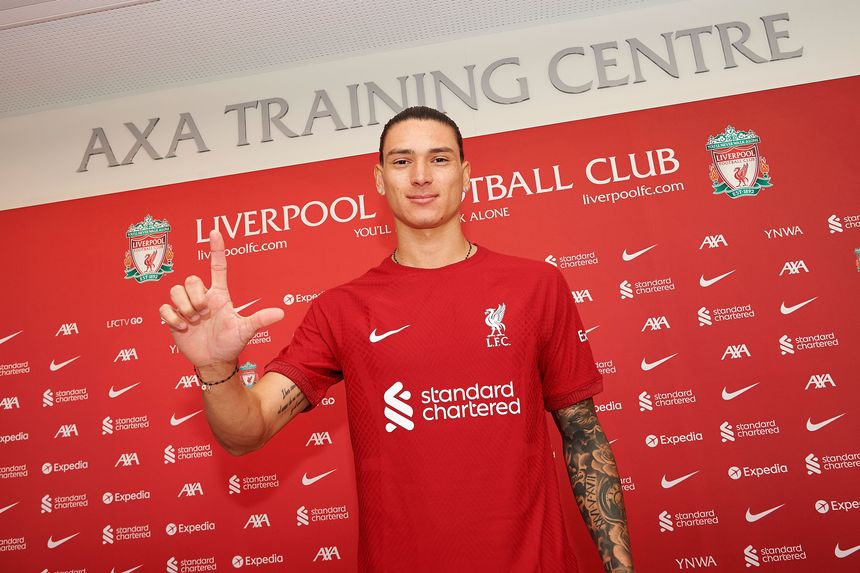 Jurgen Klopp: Nunez has all the pieces we want - now we'll nurture that talent External Link

Liverpool have completed the signing of striker Darwin Nunez from Portuguese side Benfica.

The 22-year-old Uruguayan has signed a long-term contract to become Liverpool's second signing of the summer transfer window, along with Fabio Carvalho from Fulham. His move is subject to a work permit and international clearance.

“I’m really happy and delighted to be here at Liverpool. It’s a massive club," Nunez told the official club website.

“I’ve played against Liverpool and I’ve seen them in lots of games in the Champions League, and it’s my style of play. There are some great players here and I think it’s going to suit my style of play.

“When I arrived at the training ground, I was really surprised to see the set-up and the structure and all the trophies here.

“That’s one of the reasons why I came here to Liverpool – to win trophies and titles. I want to win a lot of trophies at Liverpool.”

He scored 34 times in 41 appearances in all competitions for Benfica last season and averaged a goal quicker than any player in Europe's top six leagues in 2021/22.

Two of those goals came in the two legs of the UEFA Champions League quarter finals against Liverpool, which the Reds won 6-4.

Nunez, who will wear the No 27 shirt, will find out who his new club will be facing on the opening weekend of the 2022/23 Premier League season when the fixtures are released on 16 June.