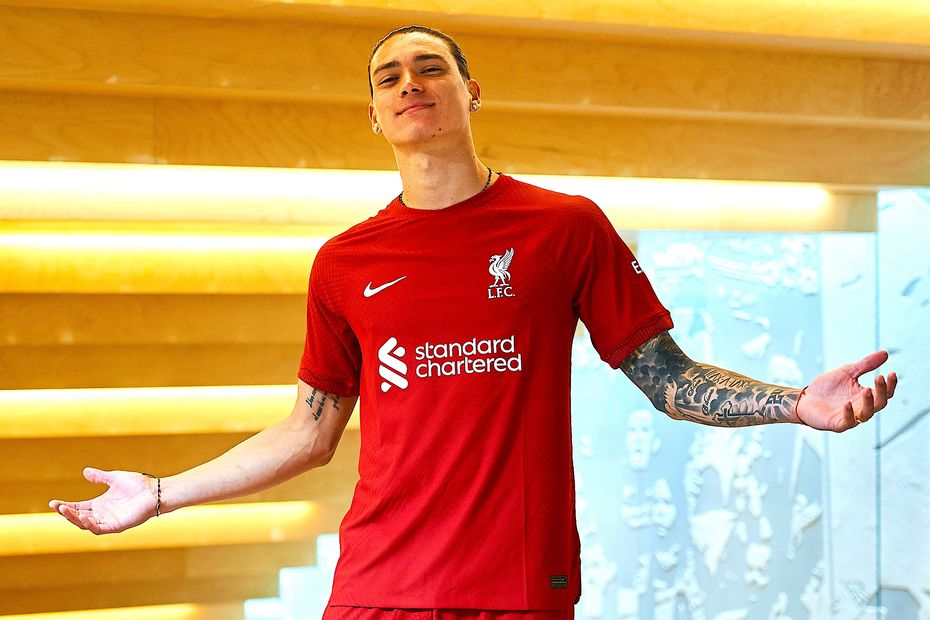 The signing of Nunez could force managers to revise how they invest in Liverpool’s key assets in 2022/23 Fantasy Premier League.

Nunez arrives on the back of 26 goals and four assists in 28 league appearances for Benfica.

He also impressed in the UEFA Champions League, scoring six goals in 10 outings, including strikes in both his matches against Liverpool.

The Uruguay international can operate as a lone striker or as part of a front two, allowing Jurgen Klopp the option of moving to 4-4-2 late in matches, a tactic he employed on occasion last season.

He can also be utilised from the left flank, cutting inside on to his favoured right foot.

Having played up front in the previous campaign, the 22-year-old is expected to occupy the lone striker role in a 4-3-3 formation.

As a result, Nunez is listed as a forward in Fantasy.

Along with Manchester City’s signing of Erling Haaland (£11.5m) and the form of Harry Kane (£11.5m) under Antonio Conte at Tottenham Hotspur, the arrival of Nunez lends further weight to the tactic of investing in a big-hitting forward.

The Reds boasted the top-scoring goalkeeper last term, along with four of the top five defenders and three of the eight highest-scoring midfielders.

Mohamed Salah’s (£13.0m) consistency means he will remain the go-to attacker for millions of managers, as he produced 230+ points in each of his five seasons for Liverpool.

Meanwhile, the form of full-backs Trent Alexander-Arnold (£7.5m) and Andrew Robertson (£7.0m) made a strong case for heavily backing their defence last term.

If Nunez settles quickly, though, he could prove a big influence on how managers pick their quota of three Liverpool players in 2022/23.