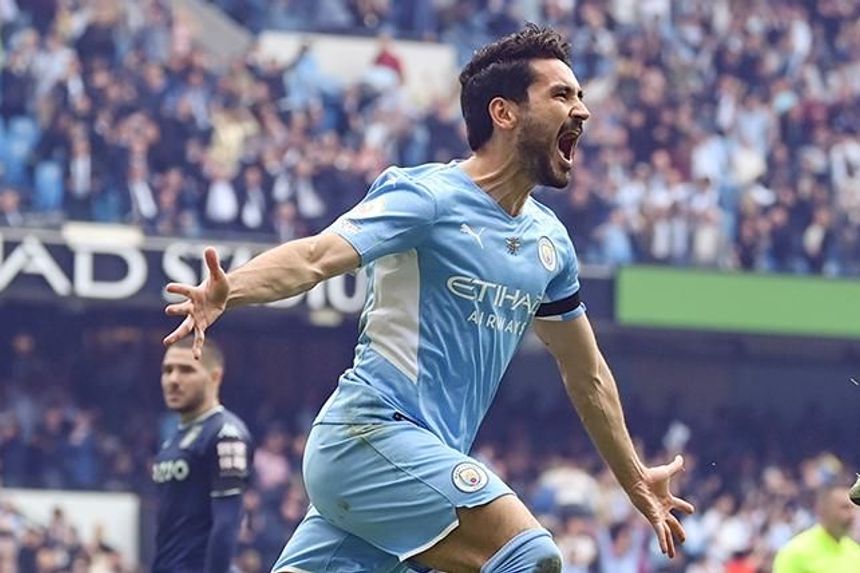 Best goals of Man City's title win
How the champions divided their attack to conquer
Hargreaves: City showed the heart of champions

One of the most thrilling Premier League title races enjoyed a fitting finale as Manchester City and Liverpool both overcame setbacks to emerge victorious on the final day.

Man City beat Aston Villa 3-2 to finish one point clear of Jurgen Klopp's side, who won 3-1 against Wolverhampton Wanderers at Anfield.

The topsy-turvy nature of the title rivals' victories on Sunday encapsulated the rollercoaster ride of the 2021/22 season.

City became only the fourth side in the Premier League era to lose their opening match, a 1-0 defeat at Tottenham Hotspur, but go on to win the title.

Despite that early setback, Pep Guardiola's men spent 168 days at the top of the table, more than double that of any side.

Even though they were Man City's closest challengers for most of the campaign, Liverpool only led the table for 11 days.

This was far behind the 70 days that Chelsea, the season's early front-runners, spent in the No 1 spot.

Indeed, Manchester United (14 days) and Spurs (13) all led the table for more days than Liverpool.

The final day also provided a neat summary of a season full of goals.

Before Sunday's matches had kicked off there had been 1,032 goals scored in the 2021/22 season, the sixth-best scoring rate ever.

After a slow start, with just 12 goals scored in the first half, things took off after the break. By the time the final whistles had blown a total of 39 goals had been registered, an agonising one shy of the overall record.

Nevertheless, the total of 39 goals is the most scored on a final matchday in the competition's history and the highest total on a single day since February 2011.

Hopefully, the teams will continue where they left off when the new season starts in just 74 days' time.

They will find out who they will be facing when the 2022/23 fixtures are released on 16 June.