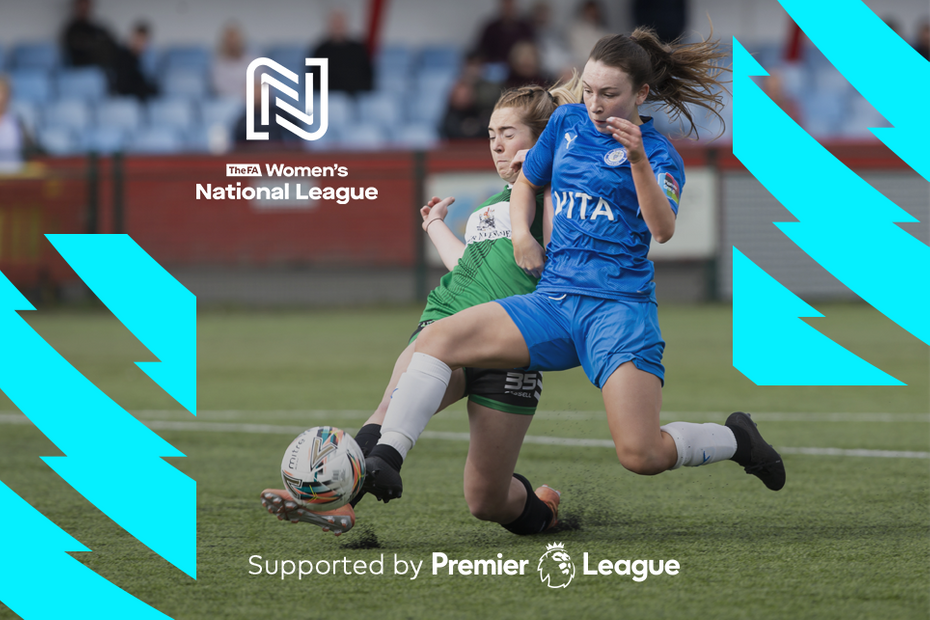 The Premier League is today announcing increased financial support for FA Women's National League clubs to help the development of the women's game and improve facilities at the grounds clubs play at.

This includes £3million of funding for a new strategy for The Football Association Women's National League, which will help support the development of the women’s game at tiers 3 and 4.

An additional £1.5m is being made available by the Premier League to clubs at the same level for stadium improvements that will make grounds more inclusive and enhance the playing and spectating experience in women's football.

It follows the recent announcement that the Premier League is providing £1.75m per annum for the next three years for The FA's new network of Girls' Emerging Talent Centres, to help grow the existing talent programme for women's football in England.

This brings the League's recent investment in women's and girls' football to just under £10m.

"It is an exciting time for women's and girls' football in this country and we are delighted to be able to assist the development of the game with investment that will support FA Women's National League clubs," said Premier League Chief Executive Richard Masters.

"Along with our funding for the Girls' Emerging Talent Centres, it shows the Premier League's commitment to provide opportunities for female players of all ages.

"We are proud of the investment we make to help develop football at all levels and this funding expands on the wide-ranging support we provide.

"Along with our funding for the Girls' Emerging Talent Centres, it shows the Premier League's commitment to provide opportunities for female players of all ages"

"Our clubs are committed to developing women's and girls' football and it's important that the Premier League plays a role in this centrally."

Today sees the announcement of a new FA Women’s National League Strategy, which aims to ensure the advancements in quality across the professional game are also harnessed throughout Tiers 3 and 4 of the women's football pyramid.

This is solely funded by the Premier League to support eight key areas: players; coaches and leaders; referees; club development; league development; facilities and infrastructure; commercial; and marketing and communications.

"The launch of this strategy is game-changing for the women's football pyramid," said Baroness Sue Campbell, The FA's Director of Women's Football.

"We want to say a huge thank you to the Premier League for their support, without which none of this would be possible"

"It will ensure The FA WNL can maintain pace with the wider growth of the women's game, and the clubs and their players can thrive both on and off the pitch.

"We want to say a huge thank you to the Premier League for their support, without which none of this would be possible. The money they are investing will transform the experience for everyone who plays in the third and fourth tiers of women's football."

Women's National League clubs will be able to apply for grants of up to £20,000 to develop the grounds they play at through the Premier League Stadium Fund.

Grants can be used for projects that will enhance the matchday experience for female players, fans and officials. The FA will be working with clubs to identify their facility needs, with funding being made available this summer.

Grant administration will be handled by the Football Foundation. For more information, visit premierleaguestadiumfund.co.uk.

The FA Women's National League comprises of the six divisions below the Women's Super League and Women's Championship. It will contain 72 first teams in the 2022/23 season and currently has 3,500 registered players across first and reserve teams.

The new funding for women's football forms part of the £1.6billion the Premier League will invest between 2022 and 2025 to support communities and the wider game.

"Getting children, and in particular girls, excited about sport from a young age stays with them for a long time and brings many benefits in terms of physical and mental health improvement," said Sports Minister Nigel Huddleston.

"It's really great that the Premier League is providing support right the way down the women's football pyramid, including these investments into tiers three and four.

"This support is absolutely fantastic. There's so many girls who want to get involved in football and this investment will make a meaningful difference right across the country."