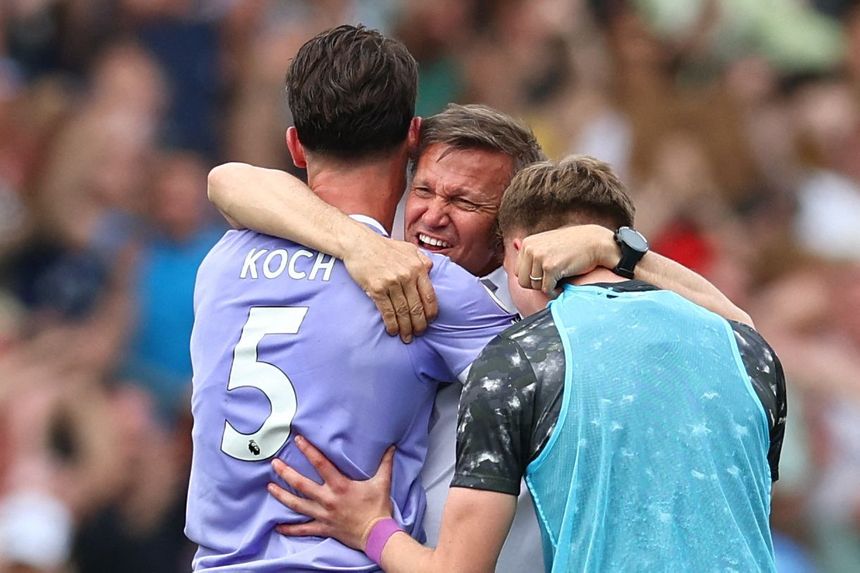 Leeds United became the first team since Wigan Athletic 11 years ago to climb out of the relegation zone on the final day to secure safety, sending down Burnley to the Championship.

At home to Newcastle United, Burnley had only to match Leeds' score at Brentford to stay in the league.

But the Clarets went 2-0 down to goals from Callum Wilson, which meant that Leeds would stay up if they avoided defeat.

Indeed, they led through Raphinha's penalty but then Sergi Canos levelled for Brentford.

Maxwel Cornet pulled one back for Burnley to give them hope of getting another goal and climbing to safety.

But Jack Harrison struck in stoppage time to seal victory for Leeds and their head coach Jesse Marsch to end the Clarets' six-year stay in the competition.