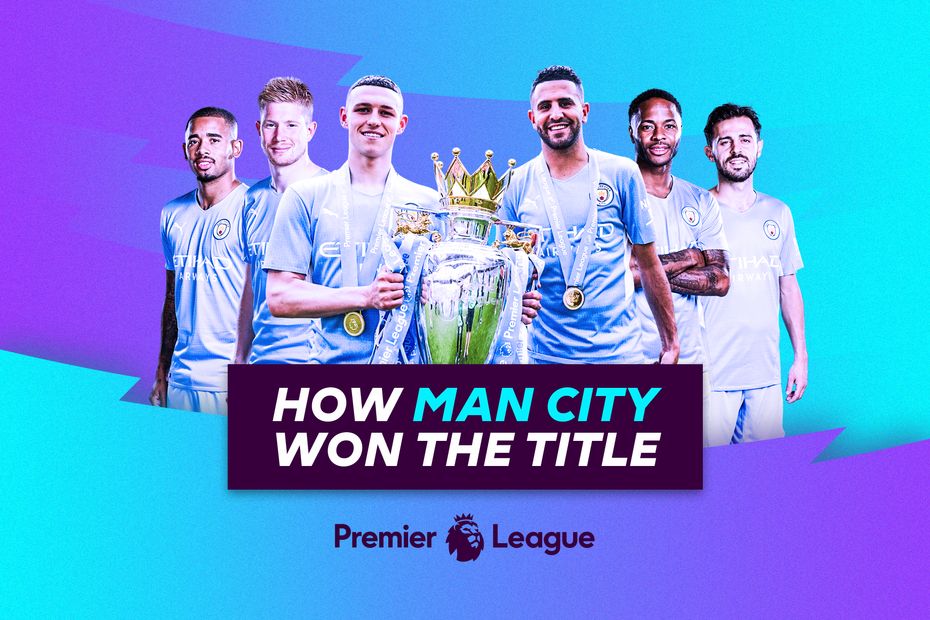 Adrian Clarke analyses Manchester City's campaign and why they won the title.

One of the key ingredients to this latest success has been their breadth of creative quality.

In City’s three previous title triumphs under Pep Guardiola, they relied on a smaller pool of players to supply goalscoring opportunities.

This season, nine members of City's squad have chipped in with at least 35 key passes, helping the team score a remarkable 99 goals.

The midfielders and forwards have been cleverly rotated on a match-by-match basis and have made consistent contributions, along with star full-back Joao Cancelo.

Guardiola has used a "false nine" for most of the season, using various players in that role and only reverting to having Gabriel Jesus as his main forward in the closing weeks.

To make that approach work he has needed a wide spread of goalscorers, and he has got exactly that.

City's variety of goal threats has been a major asset. They have been less reliant than Liverpool on principal forwards who shoulder most of the goalscoring burden.

If opponents succeeded in nullifying one or two of City’s best players on a given day, they would usually still come unstuck because others stepped up at key moments.

An outstanding collective effort has been required to outscore Liverpool’s incredible forward line, and this has been achieved thanks to the fierce competition for places in City's highly-motivated squad.

One of the most distinct changes for City has been their improved quality out wide.

Kevin De Bruyne has always been a regular source of creation from the flanks, but the development of Cancelo and Phil Foden has provided a new dimension.

Cancelo has shone at both right-back and left-back, finding a team-mate with 20 open-play crosses, more than doubling his tally of nine from the previous campaign.

Hublot Young Player of the Season Foden has revelled in wide roles too, with his successful cross count in open play rising from four to 14.

City have transformed themselves from being the second-lowest team for successful crosses last season (58) to being the fourth-best this term with 103.

Fast starts have also played a huge part in the champions' success.

City have scored 18 goals in the opening 15 minutes of matches, with Liverpool next-best on 12.

They have put themselves in a position to win matches better than anybody else and have then been ruthless at finishing the job.

City took the lead on 28 occasions, winning 27 times and drawing once. From those positions of strength, they scored 87 goals, letting in just 12.

While Liverpool again put up a tremendous challenge, City are worthy champions.

Part 2: How Man City used set-pieces to deliver another triumph
Part 3: How Rodri and Cancelo have become crucial for City