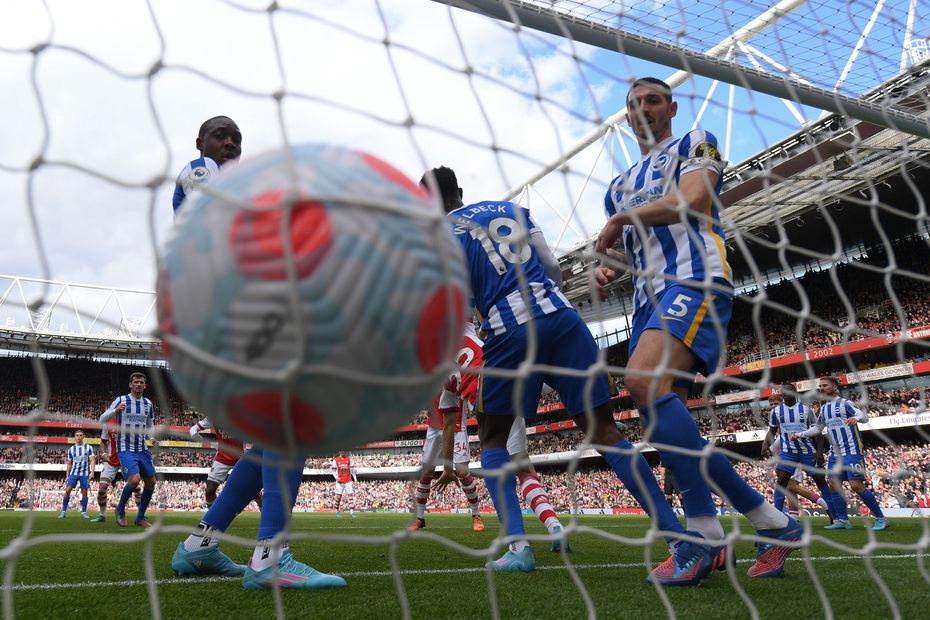 If 41 goals are scored on Sunday, a record for a campaign's total achieved in 2018/19 will be set

Final-day preview: All you need to know
Thrilling season set for a grand finale
All to play for as Golden awards races go down to final day

The goals have been flying in throughout the campaign and we go into the final day of fixtures needing 40 to match the record for the most scored in a single season.

That mark is 1,072 goals, registered in 2018/19, when Manchester City and Liverpool were coincidentally vying for the title going into the last day.

This season's total stands at 1,032 goals, at a rate of 2.79 a match, the sixth-highest in the 30 campaigns of the Premier League.

A total of 41 goals in a single round of matches is certainly feasible. On nine occasions since the competition went down to 20 clubs, 40 or more goals have been scored in a single match round.

The highest tally is 44, recorded in Matchweek 2 in September 2020. But, none of these 40+ totals came in the final round of fixtures.

However, like the last day at school, the end-of-season vibes will perhaps have a liberating effect.

The overall highest total of goals in a single round of matches did come on the final weekend of the inaugural season, when the 22 clubs combined to score 53 between them in 1992/93.

Perhaps, with so much at stake on Sunday - eight matches of the 10 have either the title, UEFA qualification or relegation in play -  the desire to score goals for victory and for personal glory, with the Golden awards, can help to create a little bit of history.