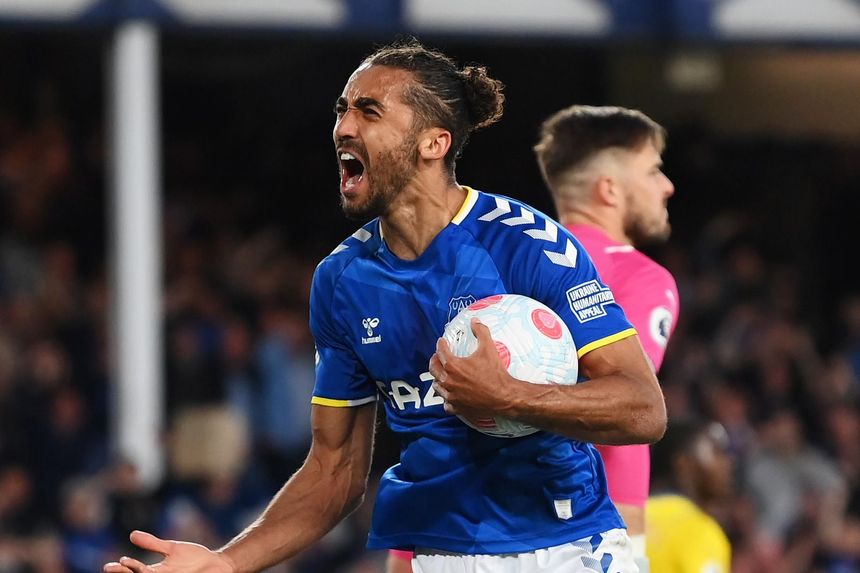 Sherwood: The fans dragged Everton through

Everton will be in the Premier League next season after coming back from two goals down to beat Crystal Palace 3-2 in a remarkable turnaround victory on Thursday.

After losing last time out to Brentford by the same scoreline Frank Lampard's side had a second opportunity to secure the two points they required to guarantee safety, which they took in dramatic fashion.

Everton got off to a disastrous start as Jean-Philippe Mateta and Jordan Ayew gave Palace a two-goal lead, but the hosts hit back with second-half goals from Michael Keane and Richarlison, before Dominic Calvert-Lewin headed in the all-important winner with five minutes remaining.

It was the first time Everton had come back from a two-goal half-time deficit to win a Premier League match, at the 75th attempt, and it means they will start next season as a top-flight club for a 69th consecutive campaign.

Everton are now on 39 points, and could finish as high as 15th if they avoid defeat to Arsenal on Sunday and Southampton lose to Leicester City.

It was also a good night for Burnley, whose 1-1 draw with Aston Villa lifted them above Leeds United into 17th place on goal difference.

Ashley Barnes' first league goal of the season, from the penalty spot, put the Clarets ahead on the stroke of half-time, and although Emiliano Buendia equalised early in the second half, a standout display by Nick Pope kept Villa at bay.

Mike Jackson's side are now on 35 points and, at home to Newcastle United on Sunday, need to match or better Leeds' result at Brentford.

Elsewhere, Chelsea had to battle back from a goal down to draw 1-1 with Leicester after Marcos Alonso cancelled out James Maddison's early opener.

It means that they have all but secured a third-placed finish. The Blues have 71 points, three more than Tottenham Hotspur with Chelsea, who host relegated Watford in their final match, boasting a superior goal difference.