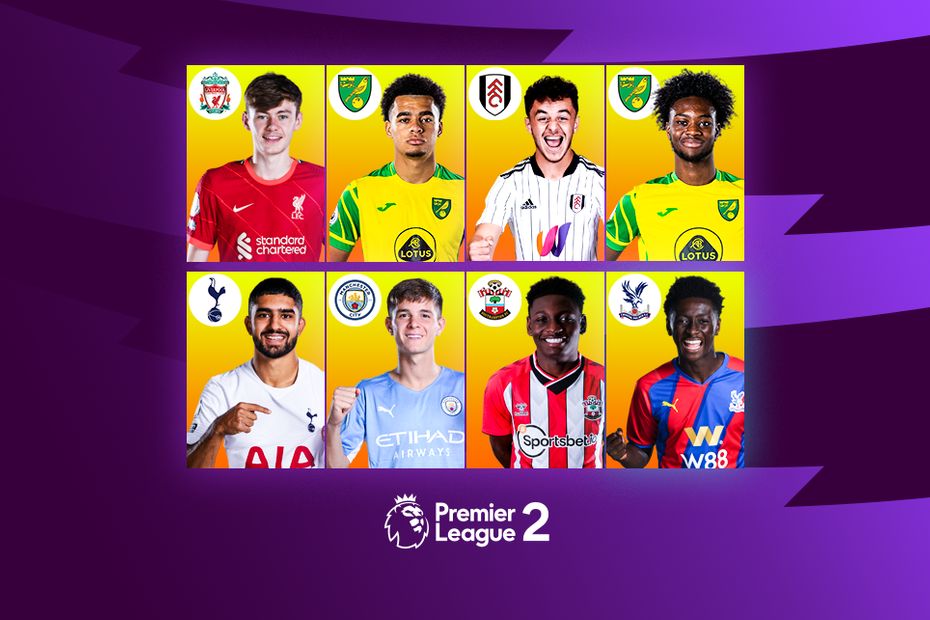 McAtee: Team-mates can help your mental health
Hublot Young Player of the Season shortlist for 2021/22
Perkins named April 2022 PL2 Player of the Month

Eight young talents were shortlisted for the 2021/22 Premier League 2 Player of the Season award.

Nominees were selected by the Premier League Football Development Panel after PL2 club coaches nominated the best performances by opposing players throughout the season.

The panel decided the winner, which was announced at the Youth Development Conference on Monday 23 May.

The 18-year-old right-back has been a key figure for Liverpool, playing in 21 of their 26 PL2 Division 1 matches, scoring three times and contributing to five clean sheets. Bradley played his first senior match for the Reds in a 3-0 EFL Cup win at Norwich City, going on to make another four first-team appearances in all competitions.

The striker, 19, racked up 13 goals and six assists in just 16 Division 2 matches for Norwich. He won December's PL2 Player of the Month award and joined League One side Gillingham on loan in January, making nine appearances.

The 21-year-old midfielder has been integral for Fulham, helping them win the Division 2 title. Hilton has played 26 matches, scoring nine times and providing a further 15 assists.

It has been an excellent season in front of goal for the 18-year-old forward, who has netted 15 times in 27 Division 2 matches.

The 20-year-old attacking midfielder netted 12 goals in 14 matches and created a further five for Tottenham Hotspur in Division 1. He was named PL2 Player of the Month for October and became the first British Asian to play for Spurs' senior team. He moved permanently to Championship side Blackburn Rovers in January.

Named PL2 Player of the Month for August, McAtee has enjoyed a prolific season from midfield for Manchester City, scoring 18 goals in 23 appearances. He also claimed seven assists as City won a second successive Division 1 title. The 19-year-old has made his first six senior appearances this season, including a Premier League debut against Everton.

The 19-year-old winger has scored an impressive 12 goals in 23 Division 2 matches, adding four assists. In January, Olaigbe was rewarded for his form with a place among the substitutes for Southampton's FA Cup third-round victory at Swansea City.

It has been a superb campaign for the 19-year-old midfielder, who has scored 18 times in 25 appearances and added six assists. Rak-Sakyi won February's PL2 Player of the Month award, having made his Premier League debut earlier in the campaign against his former club Chelsea.