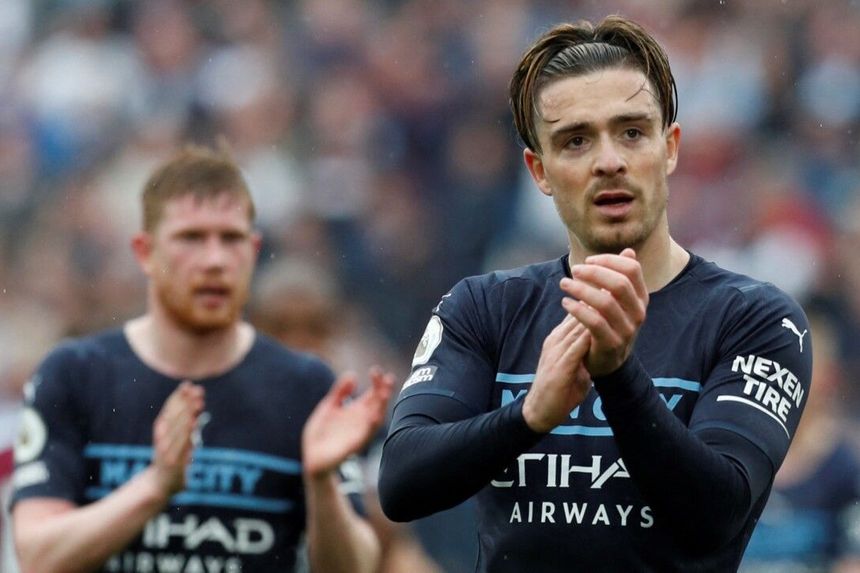 Champions come from 2-0 down to draw at West Ham, meaning Liverpool must avoid defeat on Tuesday

Manchester City fought back from two goals down at half-time to draw 2-2 at West Ham United and ensure that they top the table going into the final day of the Premier League season, but it could have been so much better.

Two goals from Jarrod Bowen had put West Ham in charge at the London Stadium but a Jack Grealish volley and a Vladimir Coufal own goal brought City level.

They even had a chance to claim a first win under Pep Guardiola, after having been two goals down, when they were awarded a late penalty.

It means that Liverpool travel to Southampton on Tuesday evening knowing they must avoid defeat to keep the title race going to the final Sunday.

Victory at St Mary's for Saturday's FA Cup winners would close the gap to a point and put the pressure back on the champions.

For West Ham, the point secured them European football for another season, albeit in the UEFA Europa Conference League.

If they claim victory at Brighton & Hove Albion on Sunday and Manchester United fail to win at Crystal Palace, the Hammers will rise to sixth and a return to the UEFA Europa League.

Spurs back in charge

In the race for UEFA Champions League football, Tottenham Hotspur are back in fourth after a hard-fought 1-0 win over Burnley thanks to Harry Kane's first-half penalty.

If Arsenal do not beat Newcastle United at St James' Park on Monday evening, Spurs will go into the final day in the box seat for fourth.

Spurs' victory combined with Leeds United's dramatic 1-1 draw with Brighton helped to send Burnley back into the relegation zone.

Leeds looked destined to finish the day in 18th as they trailed at Elland Road going into stoppage time, but substitute Pascal Struijk's header gave them a valuable point to lift them into 17th.

Burnley have another chance to move out of the bottom three when they travel to Aston Villa on Thursday before they host Newcastle on 22 May.

Leeds travel to Brentford on the final day.

Brentford played a significant role in the relegation fight when they beat nine-man Everton at Goodison Park.

Everton had gone into the match knowing that victory would have secured their Premier League status next season, but Brentford twice fought from behind, helped by Jarrad Branthwaite's first-half red card to claim victory.

Everton have another opportunity on Thursday when they host Palace.

If they better Burnley's result at Villa Park, their safety will be secure.