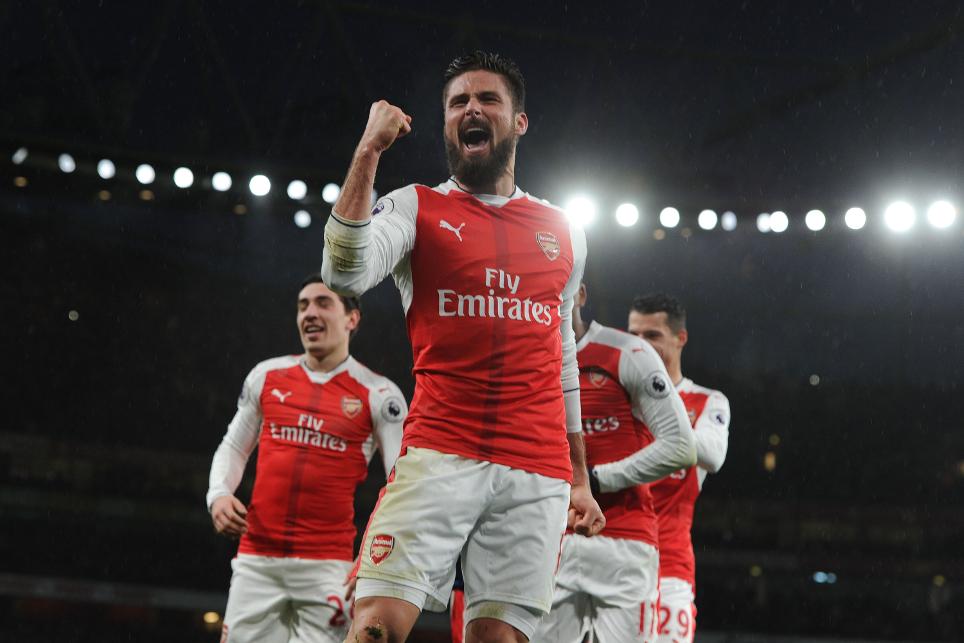 Arsenal manager Arsene Wenger says Olivier Giroud will forever be remembered for his incredible goal in the 2-0 win over Crystal Palace on New Year's Day.

Having helped the Gunners lead a swift breakaway with a skilful flick, the striker surged forward and found the underside of the crossbar with an acrobatic backheel after Alexis Sanchez's cross had gone behind him.

Wenger said it was "certainly in his top five" goals during his 20 years as Arsenal manager.

No surprise that @_OlivierGiroud_'s scorpion kick makes it - but what others did the boss name?
https://t.co/ACOTvkrGNM

"Every striker is certainly remembered for one, two or three special goals - and that will certainly be with him forever."

"I’ve never scored a goal like that before... I think it’s my best goal" - Olivier Giroud #ARSCRY pic.twitter.com/hq1ZR8rcUn