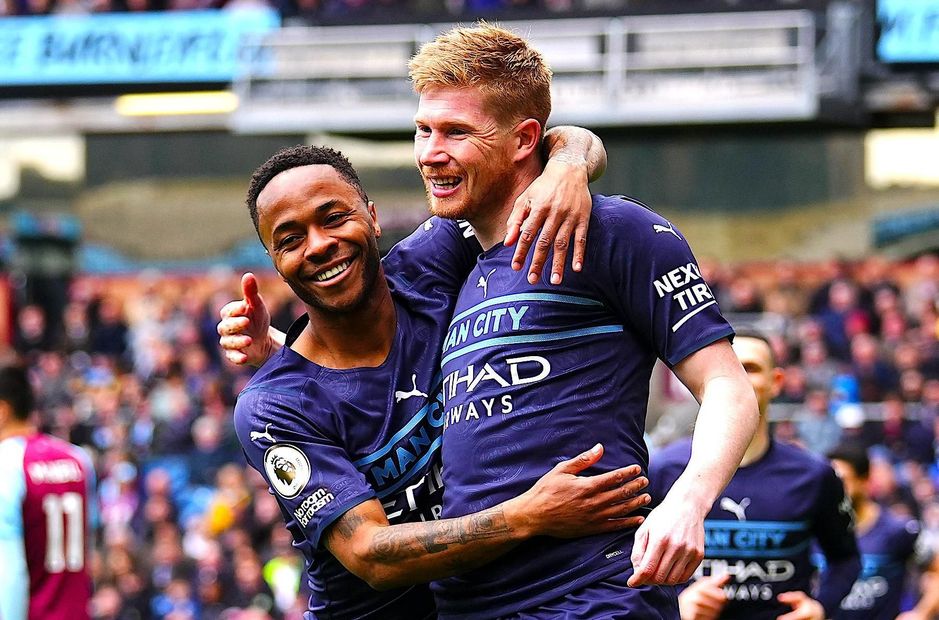 Here is how the penultimate round of matches can affect matters at the top and bottom of the table.

After their 5-1 win at Wolverhampton Wanderers on Wednesday, Manchester City face another big away challenge, travelling to West Ham United.

City know a sixth straight win would take them six points clear of Liverpool, who only have two matches left.

Significantly, the leaders would also move at least eight goals ahead of the Reds on goal difference.

Liverpool have a trip to Southampton on Tuesday after beating Chelsea on penalties in Saturday's FA Cup final.

The Reds may need not only a win but a high-scoring one at St Mary's to stay in contention, and they may be without key players on the south coast after Mohamed Salah and Virgil van Dijk both went off injured at Wembley Stadium.

West Ham have their own ambitions against Man City.

Victory over the champions would lift them above Manchester United into sixth and put them on course for a place in next season's UEFA Europa League, instead of seventh and a slot in the UEFA Europa Conference League.

There is a huge amount at stake in the battle for fourth as well.

Tottenham Hotspur start the day's fixtures with a home match against Burnley, knowing that after Thursday's 3-0 derby win over Arsenal, a point would take them into fourth.

But Spurs will be aiming for a victory that would move them two points above Arsenal, who travel to Newcastle United on Monday.

If Spurs lose against Burnley for the second time this season, an Arsenal win at Newcastle would end the top-four race.

Burnley's trip to Tottenham Hotspur Stadium is the toughest match-up on paper for the teams fighting against relegation.

If the Clarets drop points, Leeds United can overtake them when they entertain Brighton & Hove Albion later in the day.

Everton will be hoping their recent form at Goodison Park, where they have won 10 points out of a possible 12, will continue when they host Brentford.

If Leeds lose or draw against Brighton then an Everton victory would secure the Toffees' Premier League status.

No overall winners for the Golden Boot, Golden Glove or Playmaker of the Season awards can be determined on Sunday.

Ederson and Alisson are tied on 20 clean sheets each for the Golden Glove.

If Ederson stops West Ham from scoring, that would put pressure on Alisson to replicate the shutout at Southampton. Otherwise Man City's goalkeeper will be guaranteed at least a share of the award.

It's going down to the wire in the @Castrol Golden Glove race 🧤 pic.twitter.com/8IbjAkMPIh

The in-form Son Heung-min, who has 21 goals, can go level with or ahead of Salah, who has 22, for the Golden Boot.

Jarrod Bowen could also close the gap on Salah and Trent Alexander-Arnold for the Playmaker award that is presented to the player with the most assists.

The West Ham winger has 10 assists, two behind Alexander-Arnold and three adrift of Salah.

Mason Mount, who is next in action for Chelsea at home to Leicester City on Thursday, is also on 10 assists.