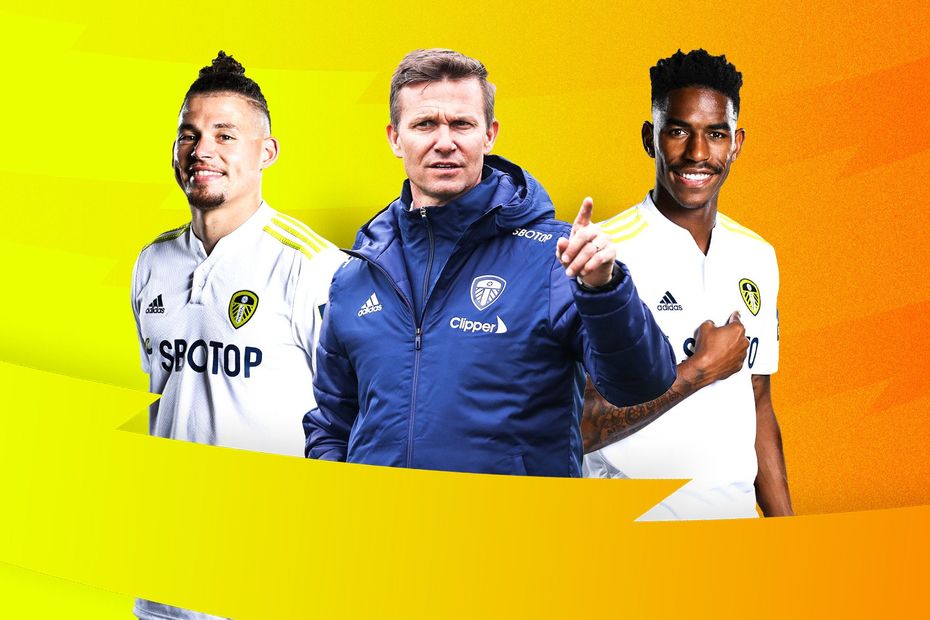 Jesse Marsch: We want to find ways to be dangerous External Link
Matchweek 36 preview: Wednesday's matches
Can Leeds' May home record help them out of drop zone?

Since Jesse Marsch took over as head coach in March, Leeds have become a more compact side from a defensive perspective, as they prepare to welcome Chelsea on Wednesday evening.

Marcelo Bielsa's man-to-man set-up has been dropped by Marsch in favour of a narrow 4-2-3-1 formation, which has helped strengthen the spine of the side.

Across his nine matches in charge, Leeds have conceded 14 goals, exactly half the number they had shipped in the final nine fixtures of Bielsa's regime.

With time running out and victories needed to escape the bottom three, there is now an urgent requirement to improve as an attacking force.

If they are to beat Chelsea, the right tactical balance must be struck.

In their last home match, Leeds gave Manchester City a few problems, with an expected Goals (xG) measurement of 1.4. This should provide them with confidence ahead of facing Thomas Tuchel's side.

That said, Leeds have struggled to produce sustained periods of pressure in their last three matches, failing to hit double figures for shots in each and averaging only 6.3 shots across those fixtures.

This home encounter against Chelsea represents a good opportunity for Leeds to release the shackles and break forward with greater purpose and aggression.

Just like he did at previous club, RB Leipzig, Marsch is in the process of developing a counter-attacking style built around fast, effective transitions.

Raphinha and Jack Harrison are asked to tuck in from wide and defend on the inside a little more often than they did previously.

This strengthens the team in the middle, although it can leave the full-backs isolated when opponents move the ball quickly towards the wings.

Going forward, we are yet to see Leeds really click under Marsch and they have enjoyed less of the ball than they did under Bielsa.

The Yorkshire side have in fact scored two fewer goals in the last nine matches, compared with the same period with Bielsa in charge.

Leeds are sure to become more dangerous from breakaways, but with three matches left, time is running out.

Marsch, a former MLS Coach of the Year, is a lively presence on the touchline and that energy has transmitted itself to the players in recent weeks.

While Leeds were always a combative side under Bielsa, the 48-year-old Marsch has taken their aggression to a new level.

Averaging more than eight additional tackles per match (27.4 per 90), they do not hold back when it comes to being physical.

Despite Luke Ayling's dismissal against Arsenal last weekend, it would be no surprise if Leeds approach this pivotal encounter with a hostile tempo.

In front of a passionate Elland Road crowd, Chelsea will be put under considerable pressure from a Leeds side lifted by their raucous home support as they try and climb to safety.