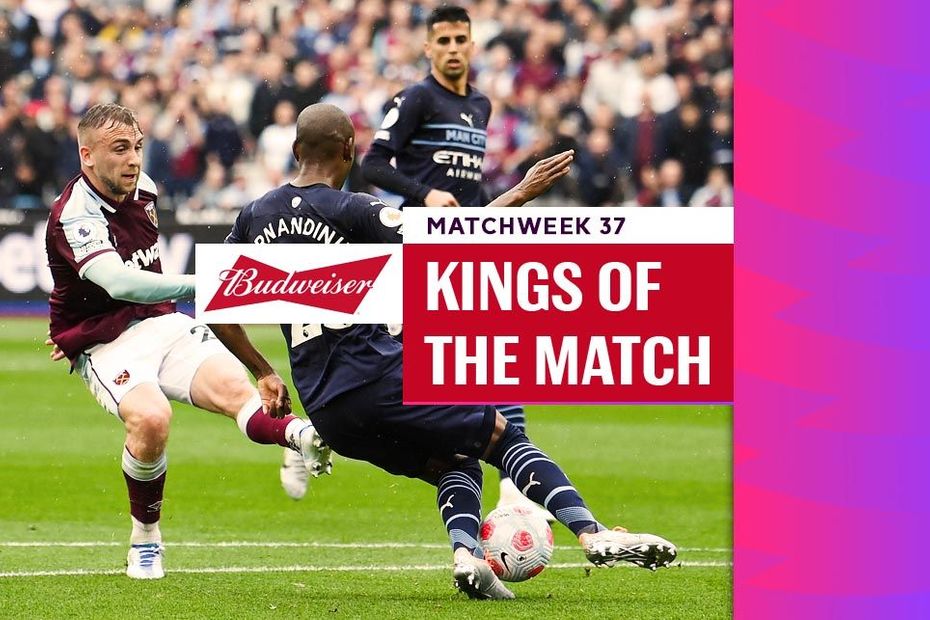 See which players have earned the backing of supporters, including West Ham's Jarrod Bowen

After the final whistles in Matchweek 37 of 2021/22, thousands of supporters have voted to crown their Budweiser Kings of the Match.

The striker's second penalty of the week proved decisive, as Tottenham Hotspur moved into fourth spot.

Kept up his fine form, making it three goals in his last four matches for Aston Villa, to take over half of the vote.

The defender came on to equalise with a header in the second minute of added time to earn Leeds United a point which moved them out of the relegation zone.

Maddison scored the equaliser before producing two assists to take over half the vote as Leicester City climbed to ninth.

Earned a huge 60.6 per cent of the vote after his first-half brace put West Ham United in control against leaders Manchester City.

The Norwich City striker scored with a clever solo effort to give his side a well-deserved point at Wolverhampton Wanderers.

The Brazilian set up his strike partner Dominic Calvert-Lewin for the opener before winning and converting a penalty.

Took an overwhelming 71.6 per cent of the vote after crowning a virtuoso display with Newcastle United's second goal.

The defender scored his third goal of the season to give Liverpool a crucial victory at Southampton.

Netted a crucial equaliser as Everton sealed their Premier League status with a dramatic turnaround win.