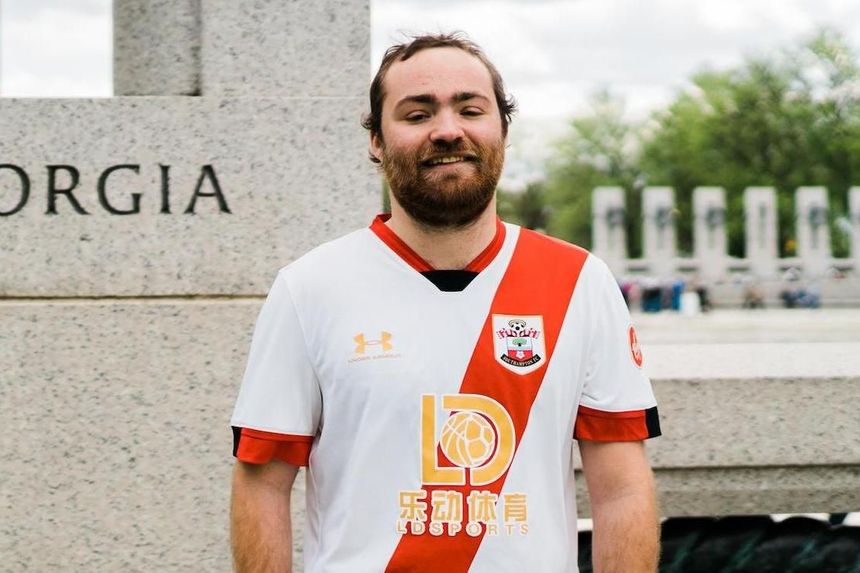 Meet Zach, a student and basketball manager for American University in Washington, D.C., whose love of Southampton permeates into every aspect of his life.

“Southampton came into my life a long time ago, around 2012. As a young child, I fell in love with soccer. It’s where I made all my friends. That’s still the case now that I live in Washington D.C. as a student.

"I grew up in Atlanta and didn’t have a hometown team at the time, so I adopted the New York Red Bulls. When I learned all about Bradley Wright-Phillips joining them from Southampton, I took on Saints as my team in England. It was an instant connection.

"That connection gave me meaning, since I don’t have a family connection to any Premier League teams. I’m just an American kid who can’t get enough of the game. I didn’t want to be a bandwagoner, supporting a big-six team either. So Southampton is mine.

“It’s important to me to love a team that has a heart and sense of loyalty; a family aspect. James Ward-Prowse is an example of that. He’s always been a transfer target for other, bigger clubs, but his relationship with Southampton and the fans – it's really strong and has become something so cool.

“I’ve been to England to see Southampton a few times, but it’s a little tougher to do as often as I’d like. When I was graduating high school, my parents and family asked what I wanted as a graduation gift. Without hesitation, I said to go see Southampton play in England. So, that year for Spring Break, I went and saw them play Arsenal. It’s a moment I’ll never forget.

“It’s kind of rare to find Southampton fans here in the U.S., so I actually go to different soccer bars and pubs around D.C. each weekend with my Southampton scarves and shirts just to be around other soccer fans and to represent my team among them.

“I’m only 22, but I always wake up early to watch Saints. I can’t get enough: I read, watch, study, eat, and breathe everything Southampton.

“I’m a team manager for American University here in D.C., and that’s the only thing in my life that can take me away from watching Southampton games. Even then, I record the games and watch them later when there’s a conflict!

“No matter what city I live in or where life takes me, I know I’ll always have my Saints and be a part of that bigger family.

"That’s my favorite part, and it’s something that I never expected to come from a soccer team.”