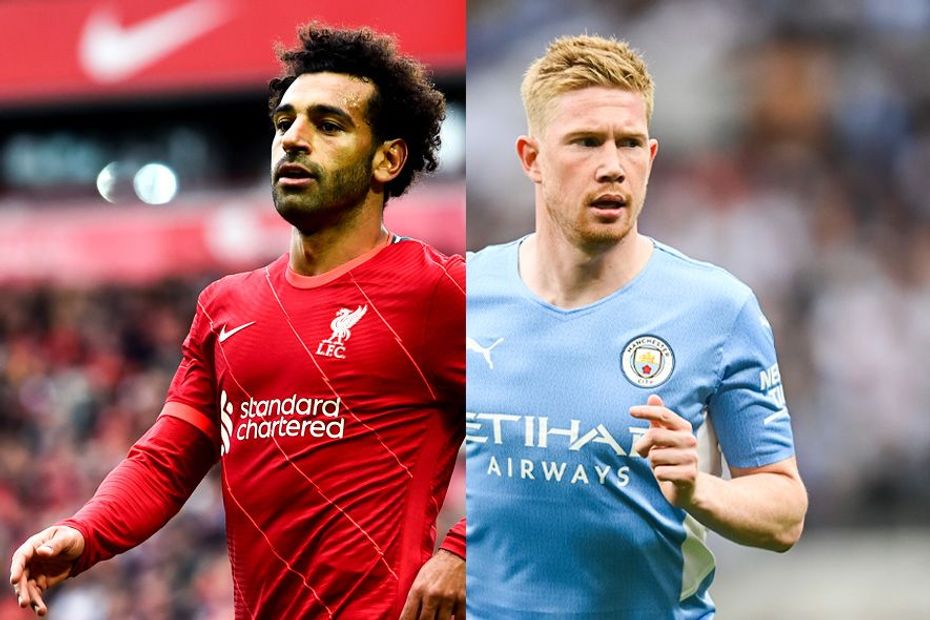 Crucially, both players were rested in Gameweek 35, which boosts their prospects of back-to-back starts as their clubs battle for the Premier League Trophy.

Salah has produced 10 double-figure hauls this season, more than any other player.

An ownership of 59 per cent means he is expected to continue as the most-selected captain in Fantasy.

However, De Bruyne is in better form, outscoring the Egyptian by 56 points to 35 over their last six matches.

Both line up in a 3-5-2 formation, in a team full of players who have a Double Gameweek 36. Salah has been handed the armband, with De Bruyne given the vice-captaincy.

Leicester City’s goalkeeper has earned 30 points in his last four matches at the King Power Stadium. The Foxes are the only side to play at home twice in Double Gameweek 36, entertaining Everton and Norwich City.

Liverpool’s right-back has produced returns in each of his last nine Gameweek appearances. Two assists, eight clean sheets and four bonus points over that run show Alexander-Arnold’s many routes to returns.

The Portuguese totalled 25 points in his meetings with Wolves and Newcastle earlier this season. Cancelo combined a goal and an assist with two clean sheets and five bonus.

The wing-back has 34 points in his last five matches, thanks to two goals, an assist and two clean sheets. Alonso’s 12 shots in the box and 14 key passes each put him among Chelsea’s top two players in that period.

The Egyptian has scored 22 goals this season, three more than the 19 of his nearest rival for the Golden Boot, Son Heung-min (£11.0m).

An ownership of 10.5 per cent makes the playmaker a huge differential against Wolves and Newcastle.

The winger’s 86 shots and 64 key passes are both team-leading totals for Arsenal. Saka faces Leeds United and Spurs on the back of two goals and two assists in his last three appearances.

The Brazilian’s influence will be crucial in Leeds' fight to avoid relegation. Raphinha scored and earned seven points against both his Double Gameweek 36 opponents Arsenal and Chelsea earlier this season.

Since joining Spurs in January, the Swede has proven a consistent source of returns in Fantasy. Kulusevski has two goals, eight assists and just three blanks in his last 10 matches.

The Brazilian has stepped up his output for Everton, scoring four of his eight goals this season in his last five matches. Richarlison’s 23 shots, 19 shots in the box and 10 shots on target over the last six Gameweeks are all league-leading totals.

The forward offers major value as Arsenal push for a top-four finish. Nketiah has started each of the Gunners’ last four matches, claiming his season-high haul of 13 points against Chelsea in Gameweek 33.