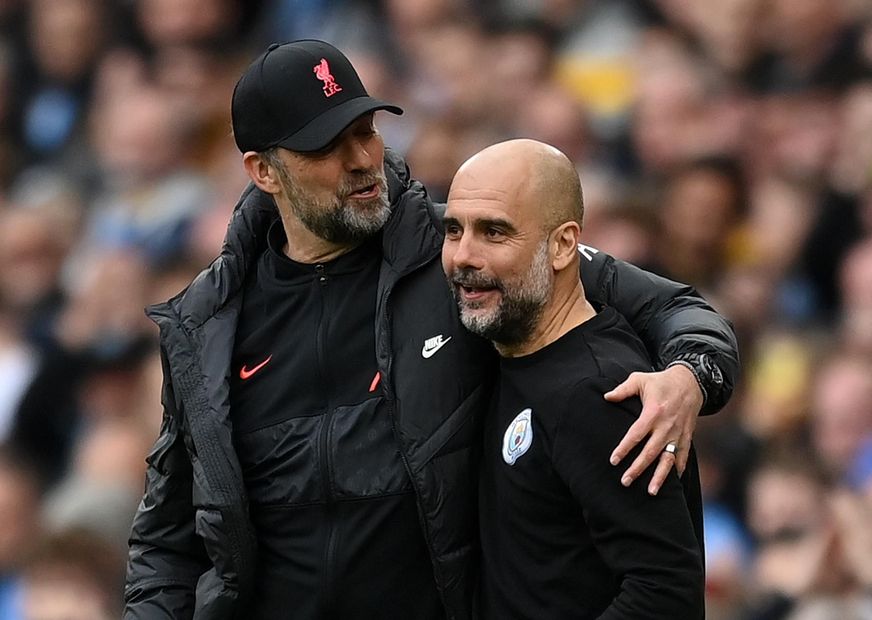 With Manchester City and Liverpool’s last remaining fixtures now scheduled, we can see how the thrilling race between the two teams to become champions will be played out.

Liverpool trail by a point but are in action first this weekend, in Saturday’s early kick-off, where even a draw at Newcastle United would take them top on goal difference.

Jurgen Klopp’s team will want more though, targeting a repeat of their 3-1 victory in this season’s reverse fixture. However, they face a Newcastle team in form, having won their last four matches, keeping three clean sheets.

Man City face a similar challenge later on Saturday when they visit a rejuvenated Leeds United.

While the champions won 7-0 when the sides met in December, Jesse Marsch has since steadied the ship as the new head coach and Leeds are on a five-match unbeaten run, with back-to-back clean sheets.

On Saturday 7 May, Liverpool face arguably the biggest test that remains for either side, hosting top-four contenders Tottenham Hotspur.

Liverpool were held to a 2-2 draw in this season’s reverse fixture, while Spurs' wins in both of their encounters with Man City this term will remind the Reds of the dangers Antonio Conte's men pose.

The next day it will be City’s turn to face Newcastle, albeit at home.

If they have matched each other's results by this stage, Liverpool have another chance to steal a march on Tuesday 10 May when they visit Aston Villa, managed by their legendary midfielder Steven Gerrard, before City head to Wolverhampton Wanderers the next day.

On Sunday 15 May, City play before Liverpool for the only time in the remainder of the title race.

They visit West Ham United, having edged the reverse fixture 2-1, on a weekend when Liverpool are contesting the FA Cup final.

Klopp’s side will play catch-up by visiting Southampton, whom they beat 4-0 this term, on Tuesday 17 May, five days before the season’s finale.

On the final day, Liverpool host Wolves at the same time as City entertain Villa. Liverpool fans will be hoping for a decisive favour from Gerrard and his players.

It's a high-stakes affair and former Liverpool striker Michael Owen believes any dropped points will be terminal.

“It’s going to be a ding-dong right the way to the end of the season," he says.

"They’re two of the best teams we’ve ever seen in the Premier League, and if anybody makes one slip-up I’m convinced the other team are going to pounce and go away and win the league."