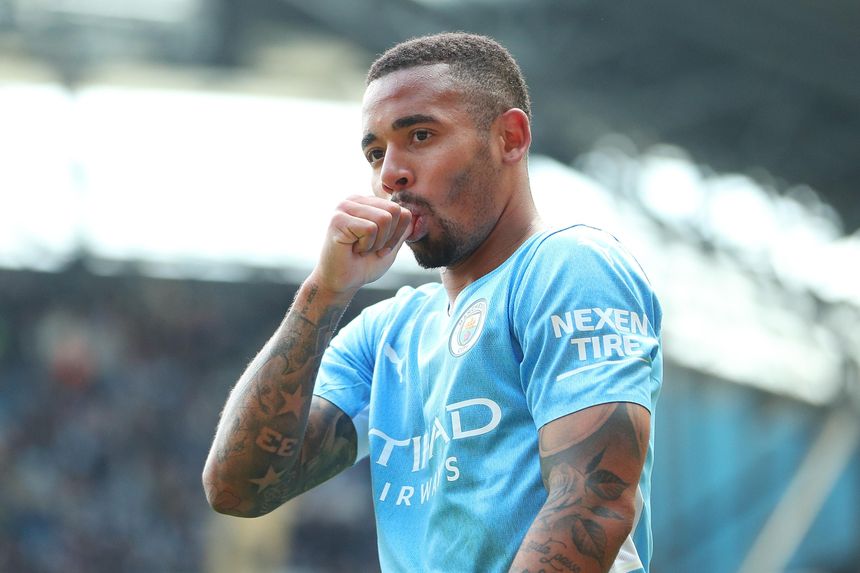 The Brazilian got four goals, one assist and the maximum three bonus points in Manchester City’s 5-1 home win over Watford.

Only 5.2 per cent of managers own Jesus, who remains a huge rotation risk having started only two of Man City’s last 12 matches.

Kevin De Bruyne (£11.8m) is instead the most secure route into the leaders’ attack.

The Belgian is the joint-sixth highest-scoring FPL midfielder after two assists and nine points.

On a plate! 🍽😋#ManCity pic.twitter.com/goyRW6zxgY

De Bruyne has started 16 of their last 17 matches and amassed 127 points in that run, 30 more than any team-mate.

Newcastle United’s Joelinton (£5.8m) was another overlooked forward to bring in a big return.

The Brazilian was selected up front ahead of Chris Wood (£6.8m) for the 3-0 win at Norwich City, rewarding his ownership of just one per cent with two goals and 13 points.

His team-mate Bruno Guimaraes (£4.9m) was also on the scoresheet, extending his fine run of form to three goals, an assist and 29 points in his last three outings.

However, Newcastle’s upcoming matches suggest it may be better to avoid their players as they face Liverpool and Manchester City in the next two Gameweeks.

Leicester City claimed their first clean sheet in seven matches ahead of their very favourable run of opponents.

Goalkeeper Kasper Schmeichel (£4.9m) is the safest option, although Wesley Fofana could offer value at only £4.3m.

Leicester have conceded only two goals in the three matches the centre-back has started since returning from long-term injury.

Fofana, who is owned by only 0.6 per cent, collected eight points in his first home outing of 2021/22 on Saturday, combining his shutout with two bonus.

Watch out for Saka

Owners of Bukayo Saka (£6.8m) must monitor his fitness after the winger was forced off in Arsenal’s 3-1 win over Manchester United.

Saka is found in over 31 per cent of squads, making him the second most-popular midfielder in Fantasy.

Any period on the sidelines would have major repercussions on managers’ plans, particularly with the Gunners playing twice in Gameweek 36.

The England star's goal and FPL assist took him into fourth spot in the midfield standings, on 164 points.

Saka has now been involved in 18 goals this term, more than the combined total of 17 from his previous three seasons in Fantasy.

📭 Your delivery of bitesize highlights is HERE