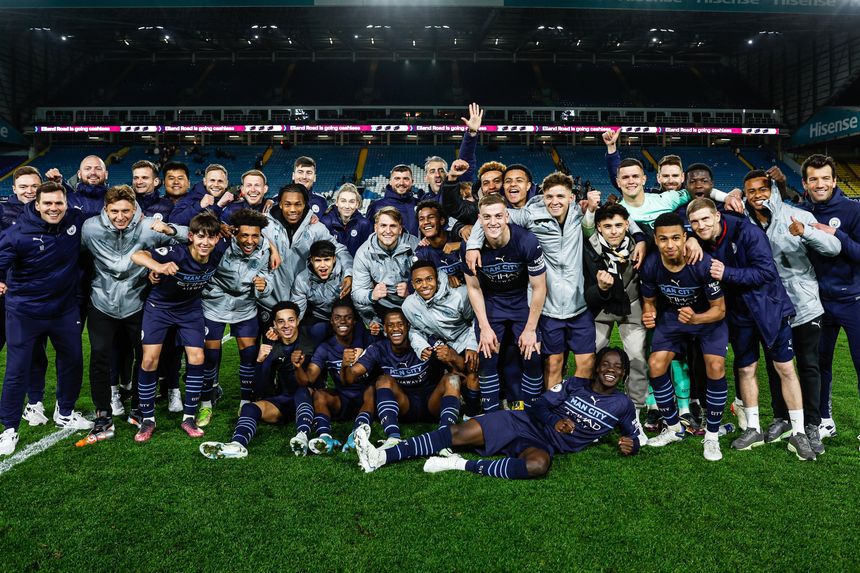 Manchester City have been crowned Premier League 2 champions for the second successive season after they won 3-1 at Leeds United.

Kayky, Cole Palmer and Liam Delap were all on the scoresheet in front of 21,000 fans at Elland Road.

City are crowned #PL2 for the second successive season after a 3-1 win away to Leeds United!

Goals from Kayky, Cole Palmer and Liam Delap seal the title with a game to spare🏆

It means Man City are nine points clear of West Ham United, who only have two matches left to play.

The focus in Division 1 will now switch to the fight against relegation, with Chelsea and Derby County in the bottom two spots.

Fulham have already confirmed promotion to Division 1 as champions of Premier League 2, Division 2. They will be joined by the club to emerge from the promotion playoffs involving the teams who finish between second and fifth.