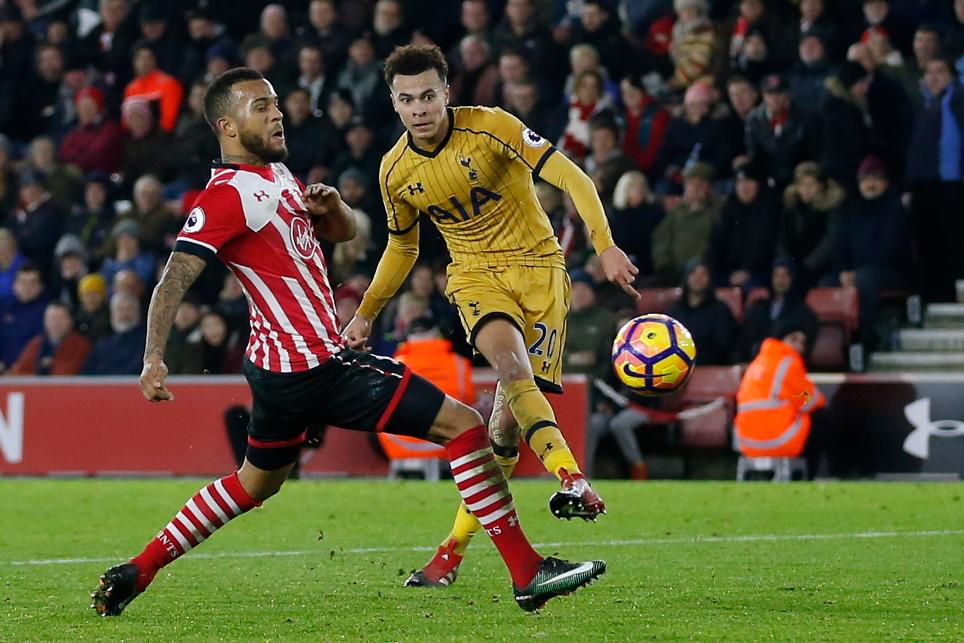 The Fantasy Premier League Gameweek 18 Dream Team reverts to a 4-5-1 formation, with Tottenham Hotspur’s Dele Alli (£8.1m) earning a debut as one of four goalscoring midfielders to make the XI.

The England international scored a season-high 15 points to share top spot with joint-highest Gameweek scorer Zlatan Ibrahimovic (£11.6m), who was the only forward to make the cut.

The Spaniard became the first goalkeeper this season to earn an assist in Everton's 2-0 win at Leicester City. Robles’ 12-point return in only his second start of the campaign rewarded the Toffees shotstopper with a DreamTeam debut.

The Gunners centre-back earns a third appearance of 2016/17 courtesy of a clean sheet and maximum bonus points in a 1-0 victory over West Bromwich Albion. Koscielny and the Arsenal defence had gone eight outings without a shutout prior to the match.

Beaten 4-1 by Tottenham Hotspur on Wednesday night, the Dutchman still registered a first goal of the campaign and an eight-point return for a third Dream Team call-up.

West Ham’s centre-back earned double figures for the second time this term in a convincing 4-1 win at Swansea City. Reid has now returned 27 points in the last three Gameweeks, with his goal at the Liberty Stadium his second of the campaign.

The Argentinian earns a first call-up thanks to clean-sheet returns and two bonus points in Man City's fourth shutout of the campaign in a 3-0 victory at Hull City.

The Man City midfielder joins team-mate Otamendi in the XI, having produced his third goal of the campaign from the penalty spot in the triumph at Hull. Toure has now started the last three matches in a row and five of the previous seven Gameweeks but is owned by only 1.2% of FPL managers.

The Brazilian ended a run of six Gameweeks without a goal or assist by netting for the sixth time this season in a 4-1 win over Stoke City. Firmino has now been called up to the Dream Team on four occasions - only Arsenal's Alexis Sanchez (£11.9m) has earned more appearances among FPL midfielders.

Two assists in Spurs’ victory at St Mary's Stadium brought the Dane a fourth double-digit return in the space of six Gameweeks. With 72 efforts over 17 starts, no FPL midfielder has fired more goal attempts at goal than the 14.9%-owned Eriksen.

The Spurs midfielder makes his Dream Team debut following a brace in the win over Southampton. Alli has three goals and as many assists over the last six Gameweeks but is owned by just 5.4% of managers.

Dele Alli’s 5.4% ownership is rising, but a @SpursOfficial team-mate is proving even more popular in #FPL: https://t.co/zpYOz09TZA pic.twitter.com/1cRkCUt2xW

A pivotal figure in Chelsea's 3-0 win over AFC Bournemouth, the Spaniard's goal and assist rewarded him with a third Dream Team call-up. However, a fifth booking of the season rules him out of the Gameweek 19 meeting with Stoke City.

The lone striker in our line-up, the Swede's 15 points in a 3-1 Old Trafford victory over Sunderland was his biggest haul of the season and third consecutive double-figure score. Now part of 42.5% of FPL squads, Ibrahimovic is the top-owned asset in the game and earns his fifth Dream Team call-up, more than any other forward.