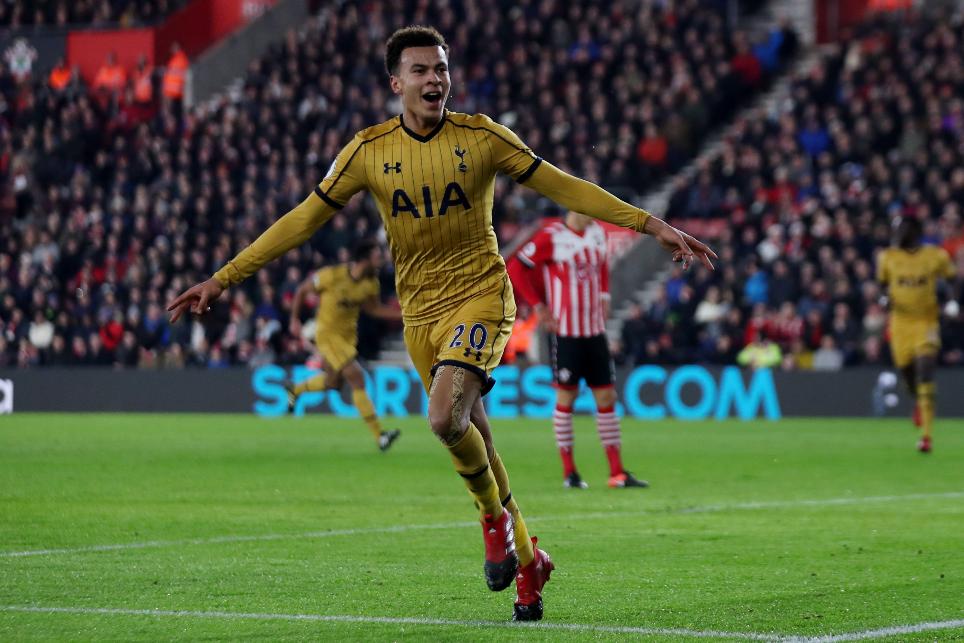 Dele Alli scored twice as Tottenham Hotspur ended their winless away run with a come-from-behind victory at Southampton.

The home side had a great start at St Mary's when Virgil van Dijk headed in James Ward-Prowse's free-kick after 69 seconds.

Spurs equalised on 19 minutes through Alli's header of a deflected cross before Harry Kane headed in his eighth goal of the campaign from a Christian Eriksen corner early in the second half.

Nathan Redmond was dismissed for a foul on Alli but Kane's resulting penalty was fired over.

😂 🏈 @Dele_Alli​: "I've heard @HKane talk about @NFL​ so if there are any coaches watching then they'll be looking at him for a kicker!" 😂 🏈 pic.twitter.com/F0sIlgnafz

They remain fifth, a point behind Arsenal, while Southampton slip to eighth.