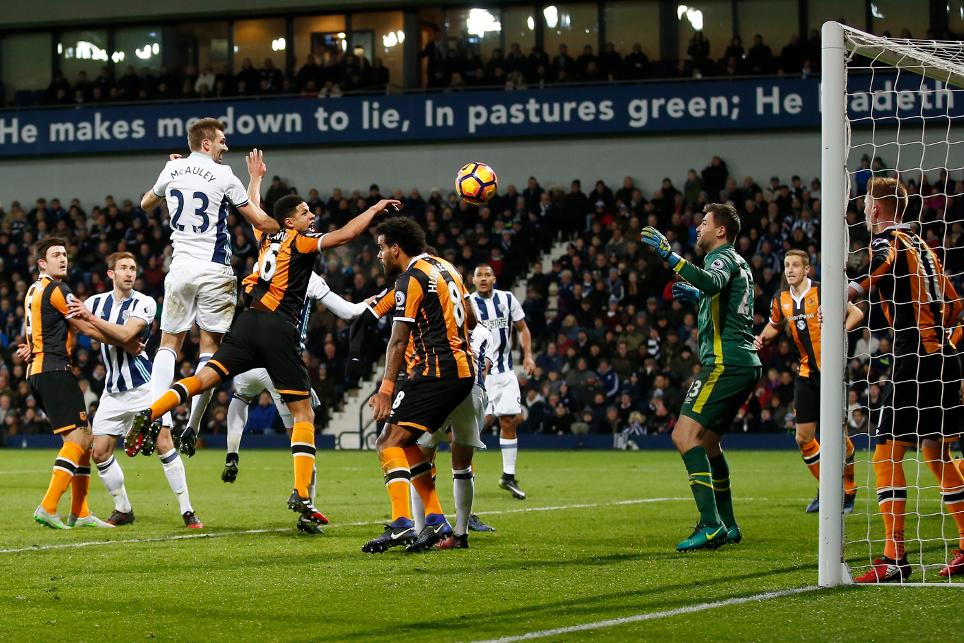 Gareth McAuley's fourth goal of the season helped West Bromwich Albion come from behind to beat Hull City 3-1 at The Hawthorns.

Hull had not won away in the Premier League since Matchweek 2 but took the lead when Robert Snodgrass volleyed in his seventh goal of the season from Ahmed Elmohamady’s cross.

West Brom's quest for an equaliser was rewarded immediately after the break, with Chris Brunt heading in Matt Phillips’ corner.

McAuley then put West Brom in front with a near-identical effort.

James Morrison scored a third in the 73rd minute after Salomon Rondon had diverted Hal Robson-Kanu’s pass into his path.