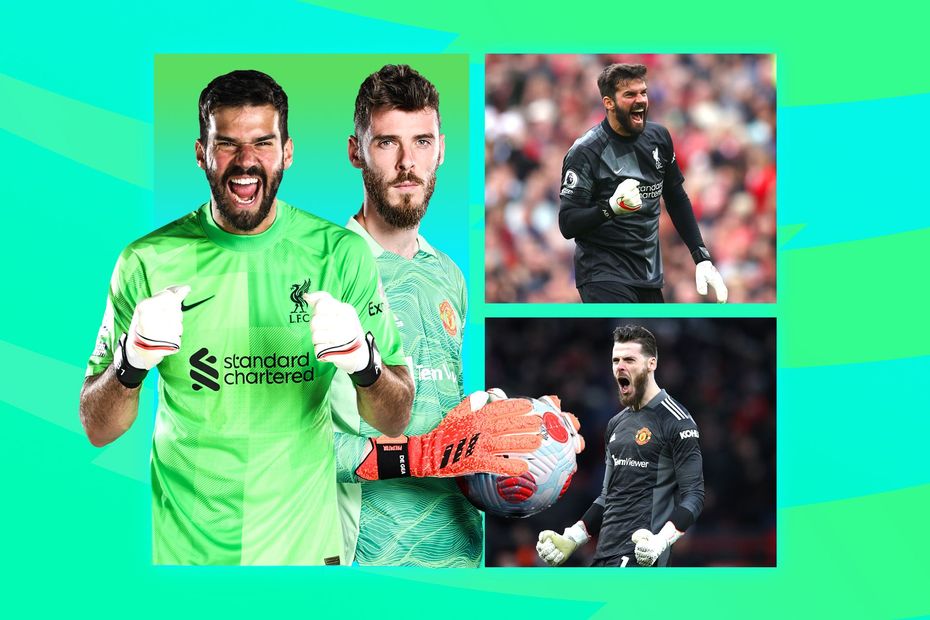 The Brazilian, who is level with compatriot Ederson on 17 clean sheets in the race for the Golden Glove, has produced a string of match-changing saves since the turn of the year.

In 1v1s, Alisson has been a man-mountain, standing tall to make a number of unlikely stops while also using his legs to great effect.

Now facing a talented Manchester United side who have only failed to score in one Premier League away match this season, the 29-year-old could once again be an influential figure at Anfield.

Both feature inside the league's top five for the best save ratios, with the Liverpool No 1 impressing in particular with his saves made from shots inside the box. His 75.4 per cent success rate is extraordinarily high.

For context, Alisson’s save record from shots inside the box last season was 65.5 per cent, and in 2019/20 it was 58.2 per cent. Reacting sharper than ever to pull off difficult stops, he is arguably in the form of his life.

While Man Utd have had a largely underwhelming season, De Gea has been consistently excellent.

Remarkably, he has been the league's second-busiest goalkeeper, making over 100 saves, second only to Illan Meslier's 118 for Leeds United. He has also improved on his own save statistics from the past two seasons.

Providing glimpses of the magic we saw regularly earlier in his United career, De Gea has stepped up for his side on numerous occasions to make agile saves.

According to Opta, he has prevented four additional goals in 2021/22 that Man Utd would have been expected to concede based on the quality of the chance and shot.

Over the years, De Gea has been regarded as one of the best in the world at making saves with his feet, but this season it is his agility which has stood out most.

Making 57 diving saves, just five fewer than Alisson, he has consistently showcased his speed and reflexes.

Alisson’s forte has been to parry efforts aimed in his direction.

By the end of the season, Liverpool and Man Utd’s respective campaigns are likely to be viewed very differently.

But from a goalkeeping perspective, Alisson and De Gea will both look back on their performances with pride.

Liverpool and Man Utd both have excellent goalkeepers who are right at the top of their game.