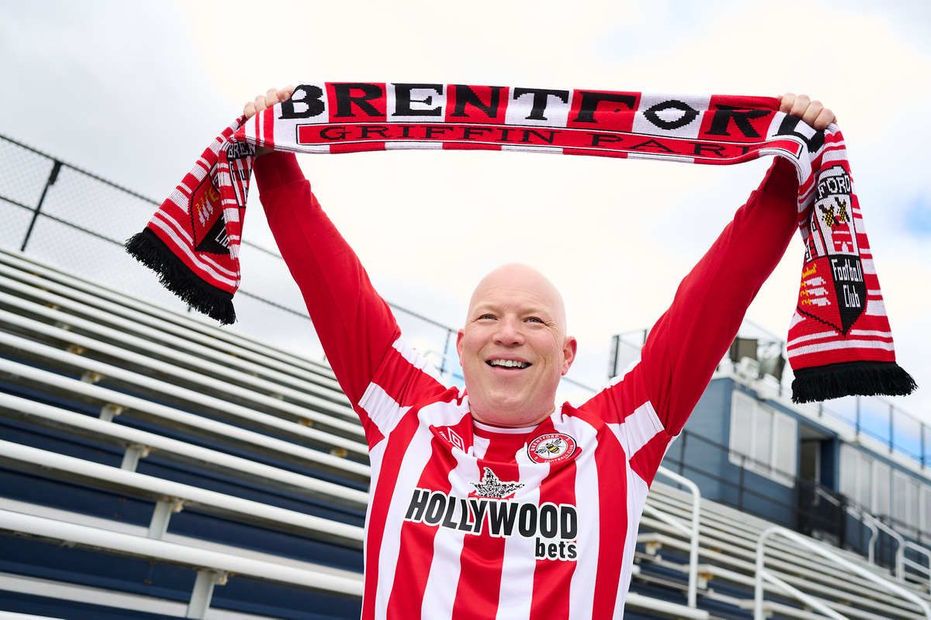 Meet Shawn, a dad and soccer coach for players with disabilities from Addison, Illinois, who is growing the game locally through a love of Brentford.

“Interestingly enough, I wanted to be an Arsenal fan at first. The company I worked for had tickets and I had gone to London once or twice to see them at Highbury, and a colleague was a big Chelsea fan. So we both flew to London to see a match between our sides when they played on a Sunday but we were in town with nothing to do on the Saturday before.

"We found out some local friends were going to the Brentford match on Saturday, and they had a few extra tickets. So we went. And I found the love of my life in that club, the experience was everything I ever wanted as a soccer fan: The old Griffin Park was so charming with its pubs and meat-pie stands and terraces.

"They were in the EFL League One back then, in 2010, and I made some lifelong friends. I went again the next year with my oldest child to see them at Wembley in the Football League Trophy final against Carlisle United.

"Brentford is a roller-coaster ride. Every year was something new and exciting and kept me so interested and in love with them. It’s been so much fun, and in their first game after being promoted to the Premier League, they played Arsenal. It’s like it was made for me.

"I do a lot of work with youth players with disabilities here in Illinois. I run a soccer program for players with varying levels of disabilities, including my youngest son – who is autistic.

"When my son, Jake, turned seven-years-old, I wanted to get him involved in soccer to share my love with him. But he’s autistic and I couldn’t find a team for him locally. That drove me to start my own program in 2011 with 10 kids. We now have more than 40 – we don’t turn anyone away and we find a way to let anyone and everyone play soccer.

"I’ve helped start around 20 other teams across the state for players with disabilities, working in a role with US Youth Soccer to help grow the game across the Midwest.

"Seeing how involved Brentford is within their local community is so special to me. They have a local team called the Brentford Penguins, which is a dedicated club for players with Down's Syndrome.

"The club also has a sensory room at their stadium, for individuals with sensory issues, like those with autism.

"Brentford just has everything I ever wanted in a club. It’s something so special; I’ll be connected to it for my entire life."