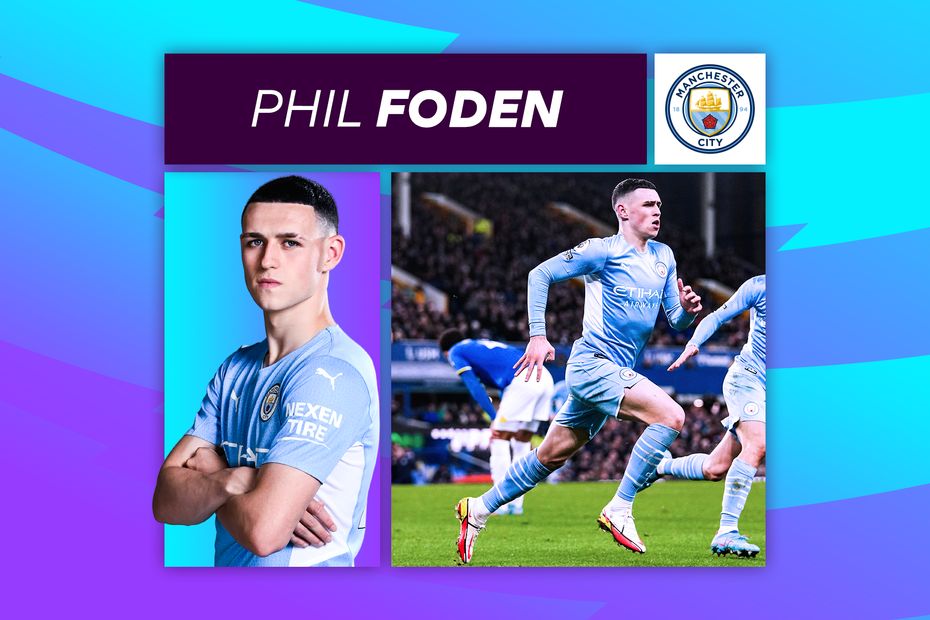 Adrian Clarke looks at key tactical points and players who can be decisive in Matchweek 32.

The Manchester City star has caused Liverpool major problems in his last three appearances against them, so it would be a big surprise if Pep Guardiola does not include the gifted 21-year-old in his starting XI on Sunday.

Playing a part in seven goals in past meetings, Foden has operated in a trio of different roles against Jurgen Klopp's men.

During the latter stages of 2019/20, Foden scored and assisted in a resounding 4-0 win at the Etihad Stadium playing on the right wing.

He teed up Raheem Sterling from a rapid counter-attack and later delivered a sublime right-footed finish on the back of a brilliant one-two with Kevin De Bruyne.

That day he had a shot that was parried for Ilkay Gundogan to score from a rebound.

From a turnover gifted to him by an Alisson mistake, Foden then dribbled to the byline before cutting the ball back to the German for his second goal of the match.

And later on he cut in from the right to unleash an unstoppable left-footed strike into the top corner.

Earlier on this season, in a thrilling 2-2 draw at Liverpool, Foden was once again a pivotal figure, this time starring on the left side of Man City's forward line.

Tormenting stand-in full-back James Milner throughout, the England international found the back of the net with a scorching angled drive to make the score 1-1.

A clinical @PhilFoden strike against Liverpool from earlier this season! 🎯#ManCity pic.twitter.com/av9zUsEzdD

A few minutes later he also supplied a cutback from the left angle of the penalty area that made its way to De Bruyne to score City's second equalising goal.

Relishing the big-match pressure, Foden was exceptional in all three contests.

Foden has scored 11 goals for City in all competitions this season, including seven in the Premier League at a rate of one every 239 minutes.

Three of those strikes have come from outside the penalty area, which highlights the importance of getting tight to him anywhere inside the final third.

Foden's fluid movement, coupled with Guardiola's interchangeable positional play, makes him one of the trickiest attackers in the competition to contain.

He likes to come short and turn, he travels very quickly with the ball at his feet and can run in behind the last defender on occasion too.

Wherever he pops up on the pitch this Sunday, Liverpool must ensure he does not get a clear sight of goal.

As his technical levels are so high Foden's athleticism is not referenced as often as it should be.

His top speed of 34.06 kilometres per hour is second only to Kyle Walker at City this term and he likes to use that fleet-footed pace to his advantage.

Foden averages 21.3 sprints per 90 minutes, which is the highest figure of any player at the club.

As Liverpool know to their cost, he travels so smoothly across the pitch. Their task will be to get close enough to slow him down and force him backwards.

Given how sensational he has been in this fixture before, it might be the case that Klopp and his players are more nervous at the prospect of facing Foden than anyone else in the home ranks.

And after delivering a gorgeous assist for De Bruyne against Atletico Madrid in the UEFA Champions League this week, he will also be brimming with confidence and excited at the prospect of making another huge contribution.

How Guardiola deploys Foden from a tactical perspective may well have a significant impact on the outcome of this high-stakes affair.

His technical ability and outstanding temperament in the biggest matches combine to make him one of the most exciting young players in world football.

See: Rashica ready to step up in key battle with Burnley