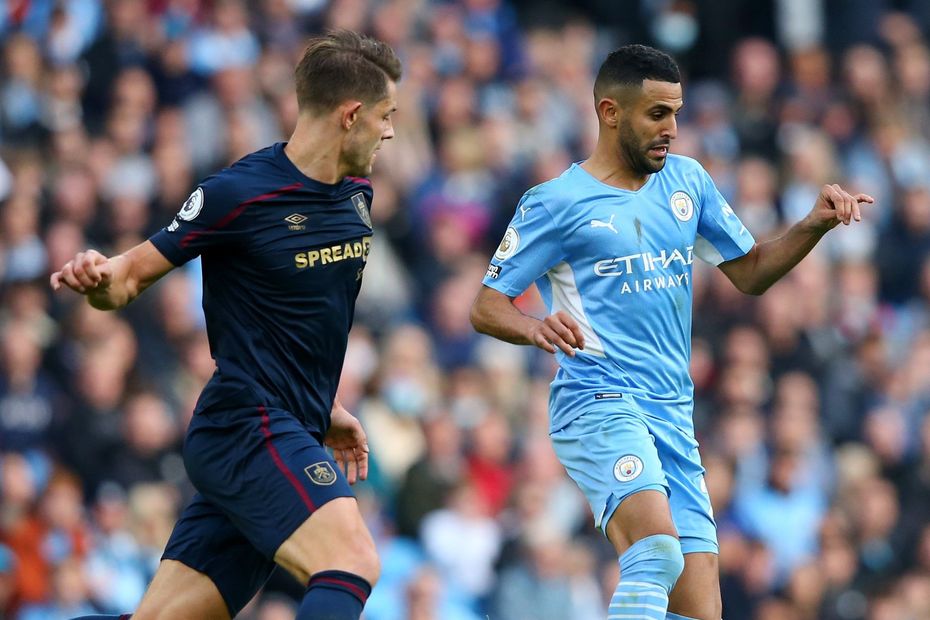 Manchester City’s Riyad Mahrez has scored more Premier League goals against Burnley than he has versus any other side in the competition, with eight. However, just one of those goals has come at Turf Moor.

Man City have won their last nine meetings with Burnley in all competitions by an aggregate score of 32-1. The Citizens have had six runs of 10+ consecutive victories against an opponent, with the most recent match in five of those coming during Pep Guardiola’s time in charge.

City’s goalless draw against Crystal Palace last time out was the fourth time this season they’ve failed to score in the Premier League. The Citizens last failed to score in more league matches within a single campaign back in 2016/17 (five).

Burnley have lost their last three Premier League matches by an aggregate score of 8-0, despite being level at half-time in all three. They last lost four consecutive league matches without scoring a single goal back in May 2015.