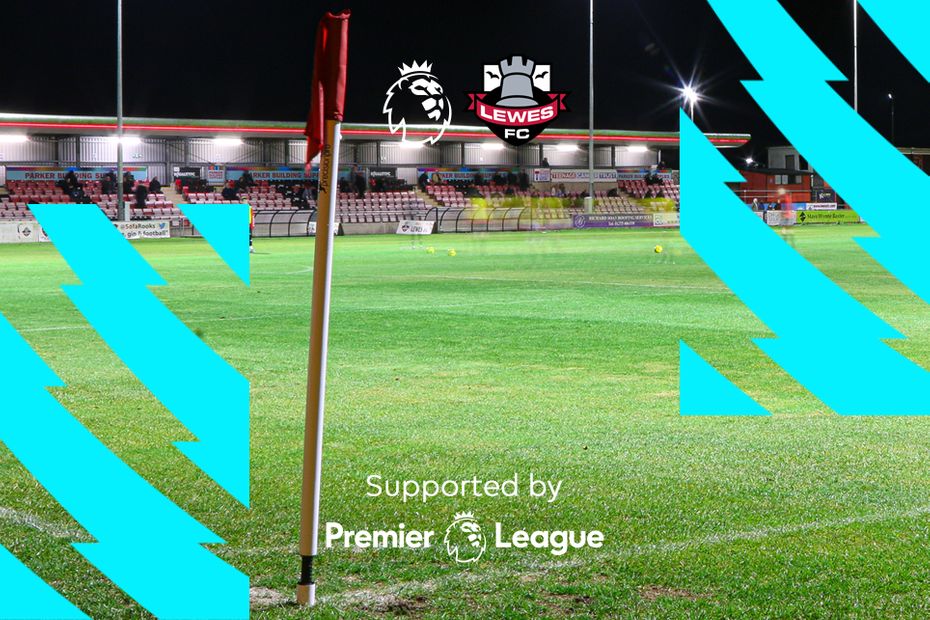 Ahead of Non-League Day, we remember when Solly March saw how his old club have been supported by the PL

Saturday 26 March is Non-League Day, with fans encouraged to attend a non-league match in their area, and we are highlighting non-league clubs who have benefitted from the support of the Premier League.

Lewes FC are currently in sixth place in the Isthmian League Premier Division, the seventh tier of the football pyramid, and over the years the East Sussex club's Dripping Pan stadium has been rejuvenated with support from the Premier League.

A 3G pitch was installed in 2014 that provides Lewes's junior teams with guaranteed matches whatever the weather, as well as hosting training sessions for the ladies' team.

Two new stands have also been built, helping to make the Dripping Pan one of the most picturesque venues in the non-league game.

All these improvements help to attract local people to the club to watch and to play, and for youngsters at Lewes.

Supported by such facilities, for those youngsters at Lewes with bigger ambitions Solly March serves as an inspiration.

The Brighton & Hove Albion midfielder was on the youth books at Lewes and is one of many Premier League players who have worked their way to the top after starting their careers in non-league football.

In 2018, he returned to a Dripping Pan much-changed from his youth with former Brighton team-mate Glenn Murray, who started out in non-league with Barrow, to talk about his experiences.

"It gave me a good platform to start my career," March said. "I guess it's a different route to what a lot of people take.

"It makes you realise what you have in the Premier League and the luxuries you get with that. It makes you more humble."