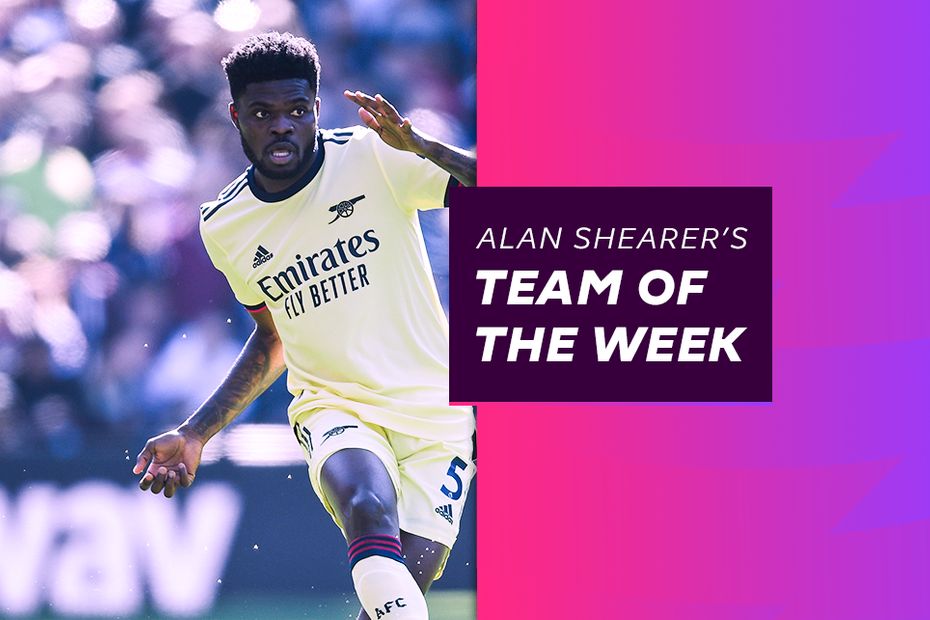 Arteta on the win, Saka and the fans External Link
Sherwood and Owen's verdict on the top-four race

While Bukayo Saka scored the decisive goal in their 1-0 win at Aston Villa at the weekend, Shearer was just as impressed by the "strength and poise" of Partey that allowed him to dominate the midfield.

Indeed, Shearer has named Partey, Saka and two more Arsenal players in his Matchweek 30 Team of the Week.

🙌 Alan Shearer's #PL Team of the Week is in 🙌 pic.twitter.com/FqCj1aga1U

Kristoffer Klaesson (LEE)
"Came on for his Premier League debut after Illan Meslier was taken off and made two world-class saves late on to help Leeds to a dramatic 3-2 win."

Luke Ayling (LEE)
"Superb in the second-half revival and crowned display with the winner."

Ben White (ARS)
"Solid at the back as Arsenal held out for a vital clean sheet in their push for the top four."

Gabriel (ARS)
"Made some crucial clearances as the Gunners came under pressure late on at Aston Villa."

Timothy Castagne (LEI)
"A sensational goal in his first appearance for nearly three months to set Leicester City on their way to a 2-1 win.

Trincao (WOL)
"Made an instant impact from the bench, hitting the post from distance, setting up the opening goal and scoring Wolves' second."

Thomas Partey (ARS)
"Bossed the midfield with his strength and poise. Partey has been key to Arsenal's return to form."

James Maddison (LEI)
"Found the net with a trademark free-kick and pulled the strings in midfield against Brentford."

Bukayo Saka (ARS)
"Withstood some physical treatment to guide Arsenal to victory with the all-important winner and landmark goal."

Son Heung-min (TOT)
"Scored twice against West Ham as he and Kane dovetailed superbly yet again.

Manager: Jesse Marsch (LEE)
"After a tough first half, Marsch’s Leeds came out firing in the second to produce a brilliant comeback victory."