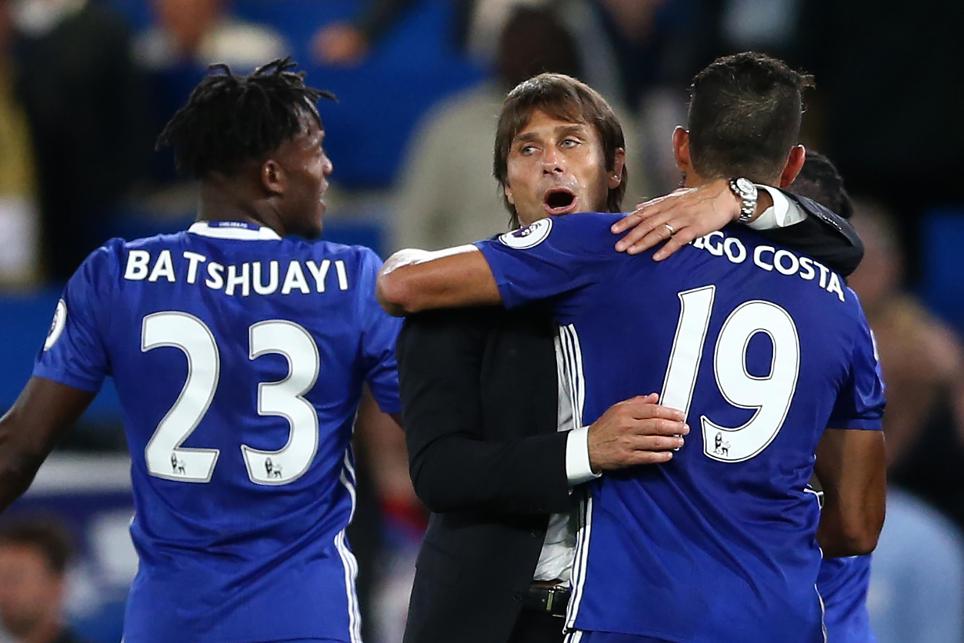 Klopp: Why we won't rush Philippe Coutinho back External Link

Chelsea will seek a 12th consecutive victory without the services of their 13-goal man Diego Costa (£10.8m), with Antonio Conte pondering how his side can compensate for the striker's absence against AFC Bournemouth.

Eden Hazard (£10.4m) has shaken off a niggling knee complaint to be in contention to start; he could be fielded in a 'false nine' role, should Conte choose to overlook Belgian Michy Batshuayi (£8.5m) in a like-for-like swap for Costa.

Midfielder N'Golo Kante (£4.7m), such an efficient shield for the Chelsea defence all season, will also miss out through suspension as the Blues bid for yet another clean sheet.

Conte's backline seek a fourth successive shutout, having chalked up a clean sheet in nine of the previous 11 Gameweeks.

Liverpool lead the pack chasing Chelsea in the Premier League table and could host Stoke City at Anfield without the services of centre-back Joel Matip (£5.4m).

The Cameroonian has missed the previous two Gameweeks, with budget FPL option Ragnar Klavan (£4.6m) excelling in his absence.

The Estonian has helped the Reds keep back-to-back clean sheets and would seem set to line up against the Potters, with Jurgen Klopp's side looking for a fifth shutout in seven Gameweeks.

The Liverpool manager will again have striker Daniel Sturridge (£9.7m) at his disposal but will likely manage his minutes from the bench, with Divock Origi (£6.8m) set to retain a starting berth as the central striker.

Klopp also provided an update on Philippe Coutinho's (£8.2m) progress as he continued his recovery from an ankle injury. He currently seems set to sit out the Gameweek 20 clash with Manchester City, with the Reds’ boss indicating that he has no intention of rushing the Brazilian back into action.

Spurs will make the trip to Southampton with manager Mauricio Pochettino expected to have Toby Alderweireld (£6.3m) back in the fold following a minor back problem.

Across north London, Arsenal will be without Alex Oxlade-Chamberlain (£5.8m), although Aaron Ramsey (£7.6m) could return to the squad for West Bromwich Albion's visit.

With Danny Welbeck (£7.4m) also in training and closing in on a return, manager Arsene Wenger will soon have further options in attacking positions, putting further pressure on Theo Walcott's (£7.8m) starting role.

Leicester City are another side depleted by suspensions for Gameweek 18.

They are without defenders Robert Huth (£4.9m) and Christian Fuchs (£5.3m) for one-match, while striker Jamie Vardy (£9.6m) will sit out all three festive encounters.

Luis Hernandez (£4.2m) and Ben Chilwell (£4.3m) are poised for opportunities against Everton at the King Power Stadium, with Shinji Okazaki (£5.7) and Leonardo Ulloa (£5.5m) vying for a role up front.

Islam Slimani (£8.3m) would seem a more assured starter in Vardy's absence, providing a short-term differential against a Toffees defence with a single clean sheet on their travels.