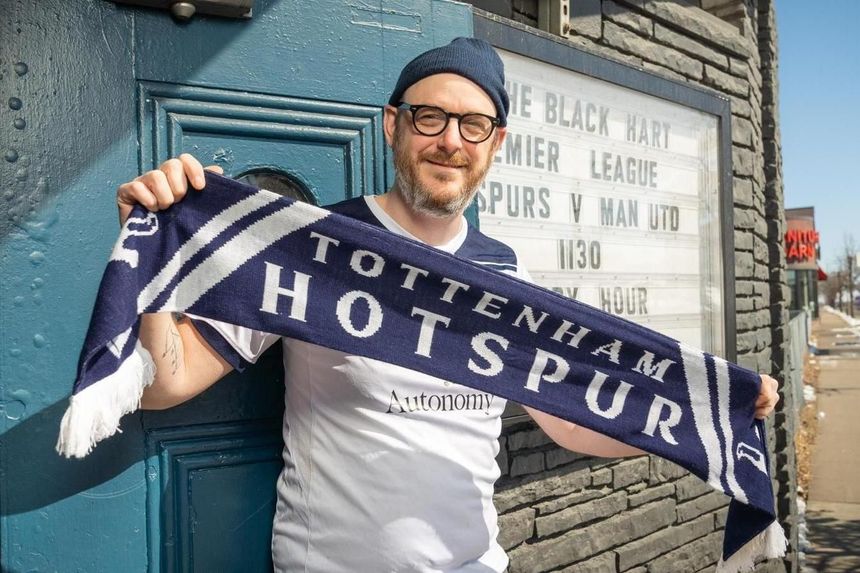 Meet Tottenham Hotspur fan Wes, a bar owner in St. Paul, Minnesota, who wants to create an inclusive community based around the beautiful game.

"I fell in love with Spurs after the 2006 World Cup with players like Jermaine Defoe and Peter Crouch. They captured my imagination, so I just started watching Tottenham all the time. Spurs are always exciting and always dramatic.

"When I started to get more and more into the American soccer scene, I noticed the people I often encountered in that space were just weird nerds who loved this thing, not macho-jocks I sometimes associated with other sports fans. It was really cool. They seemed to talk more about inclusivity and kind of a counter-culture to mainstream sports.

"So when I moved back to Minnesota for school and decided to start thinking about career changes, it began to seem like a real possibility to create a space that would bring a lot of worlds together through the sport, rather than just create a sports bar.

"So that’s how the Black Hart of St. Paul was born.That’s what soccer is right? A coming together of the community.

“This place used to be called the Townhouse Bar and it’s the oldest gay bar in St. Paul.

"It was for sale and I was looking for a place across from the new soccer stadium that Minnesota United was building.

"We decided that instead of making it just a soccer bar, we could instead make it a very inclusive soccer bar and show Premier League matches during the mornings and have drag shows after MNUFC matches in the evenings.

"I was inspired partly by the Highbury when I lived in Milwaukee. What I loved about that bar was that it was a fun place to take soccer seriously, but not take yourself too seriously.

"This bar is not a soccer bar catering to gay people who like soccer. It is a place where soccer, drag, and everything in between can come together and be celebrated.

"It’s created a really great environment. The people who love soccer have really embraced the drag shows and you have this blend of soccer fans, the LGBTQ+ community, and the neighborhood crowd. It’s evolved into its own new unique culture."