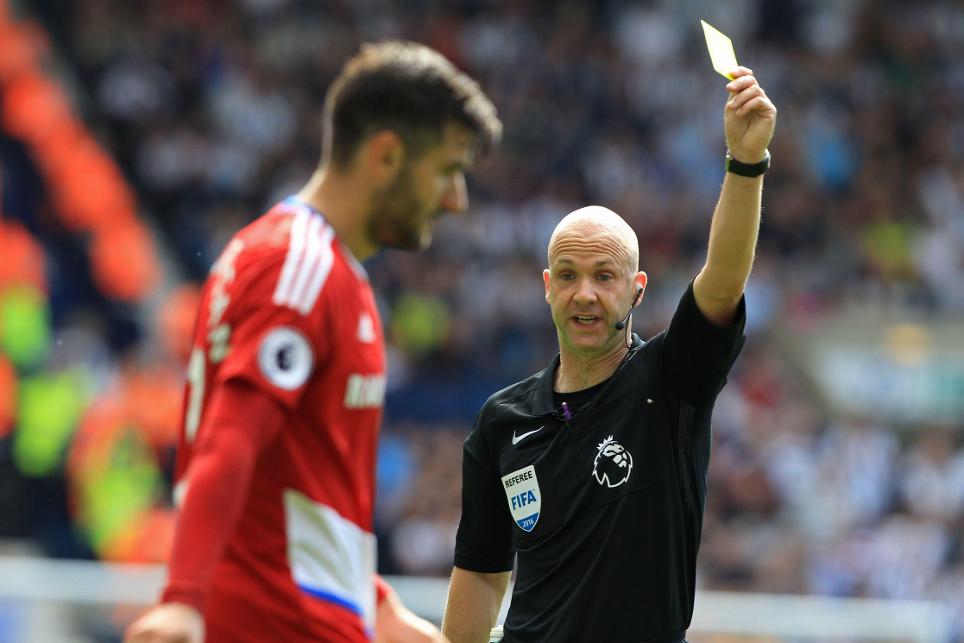 With the five-card amnesty approaching, managers must remain mindful of potential bans and the impact on festive teamsheets

The possibility of a one-match suspension still hangs over a number of key Fantasy Premier League assets heading into the festive period.

Any player who earns a fifth caution of the campaign by 31 December will be hit with a ban and will miss the following Premier League fixture.

Once that date is passed, players will only serve a suspension should they reach 10 or 15 yellow cards. A two-match ban is handed out to any player who reaches double figures in bookings by 9 April.

For the four teams scheduled to play on New Year's Day - Arsenal, Crystal Palace, Watford and Tottenham Hotspur - it means that they have only one remaining fixture before their players reach the five-card amnesty.

If he can avoid a booking at Southampton on 28 December, he will remain available to face Watford on New Year's Day and Chelsea on 4 January. That is also the case for team-mate and fellow FPL defender, Jan Vertonghen (£5.7m).

This should reduce the risk of rotation for the pair, although, with the Chelsea fixture in mind, Spurs manager Mauricio Pochettino may still consider resting players for the trip to Vicarage Road.

Chelsea have their own concerns, with a trio of players one yellow card away from a ban.

This could influence manager Antonio Conte's thinking ahead of the Gameweek 20 trip to White Hart Lane.

With David Luiz (£6.1m), Nemanja Matic (£5.1m) and Pedro (£7.1m) all teetering on the edge of a ban, all three could be omitted from the Gameweek 19 meeting with Stoke City, should they first navigate past the Boxing Day fixture against AFC Bournemouth without a booking.

Owned by 6.1%, the Croatian will go into the 27 December meeting with Stoke City having to avoid a caution in order to be available for the crunch encounter with Manchester City on New Year's Eve.

With Joel Matip (£5.4m) recently troubled by an ankle injury, manager Jurgen Klopp will be mindful of being without both first-choice centre-backs for City's visit and that could yet influence his team selection against the Potters.

The 9.2% owned Michail Antonio (£6.7m) of West Ham United is another who could be protected over the next two Gameweeks.

He travels to Swansea City in Gameweek 18, with a trip to Leicester City to follow five days later.

Hammers manager Slaven Bilic will want Antonio available for the Gameweek 20 visit of Manchester United and may, therefore, consider preserving him for the King Power Stadium trip.

Players one yellow card from suspension