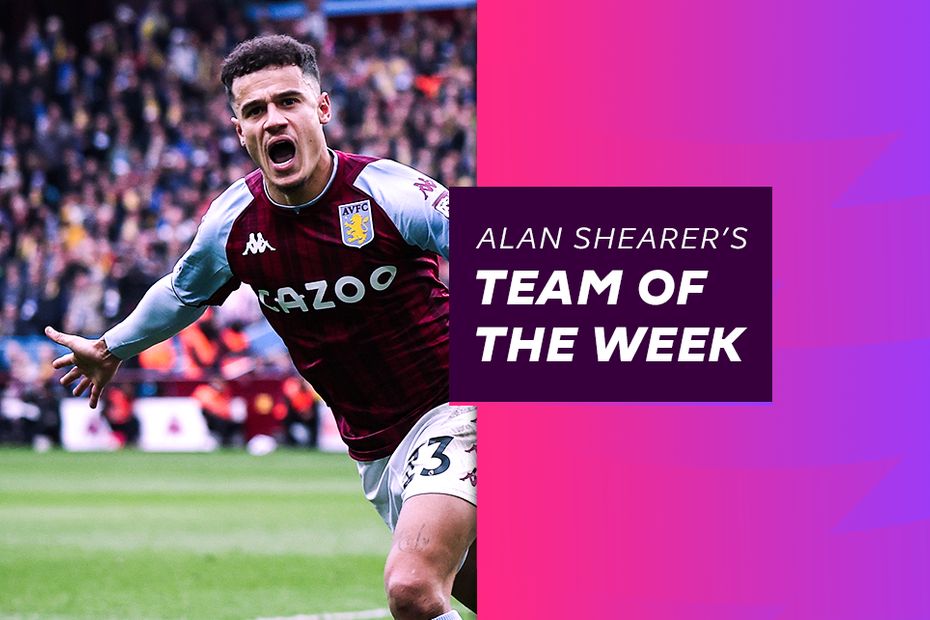 What we learned in Matchweek 28
Budweiser Kings of the Match: Matchweek 28
How Premier League clubs supported Ukraine in MW28

Aston Villa looked set for a tough test when they lined up against a Southampton side who were unbeaten in five matches, winning their last two and keeping clean sheets in both.

But Philippe Coutinho inspired Steven Gerrard's side to an emphatic 4-0 victory, scoring one of the goals and setting up another.

Coutinho was "simply unplayable", according to Alan Shearer, the Premier League's record goalscorer, who has picked the Brazilian and his team-mate Ashley Young in his Team of the Week.

Who would you have included? 🤔 pic.twitter.com/l6wBs8Ex7I

Kasper Schmeichel (LEI)
"He made several important saves to keep a clean sheet as Leicester City edged to victory.”

Reece James (CHE)
“In a weekend featuring other superb right-back displays from Trent Alexander-Arnold and Matt Doherty, James is my pick thanks to his goal and assist.”

Fabian Schar (NEW)
“His goal ended up being the winner, and he dealt with a lot of Brighton & Hove Albion pressure.”

Bukayo Saka (ARS)
“A magnificent goal, an assist and at the heart of everything good Arsenal produced.”

Kevin De Bruyne (MCI)
“Two goals and an assist. Absolutely brilliant. He is so often the outstanding player on the big occasions.”

Philippe Coutinho (AVL)
“The Brazilian continues to thrive under Steven Gerrard, getting another goal and assist. Simply unplayable.”

Riyad Mahrez (MCI)
“He hit two well-taken goals as the champions put on a derby masterclass.”

Ivan Toney (BRE)
“He picked the perfect moment for his first Premier League hat-trick, in one of Brentford’s biggest matches of the season.”

Manager: Steven Gerrard (AVL)
“Masterminded an impressive display. His team overwhelmed a Southampton side who had been in good form.”