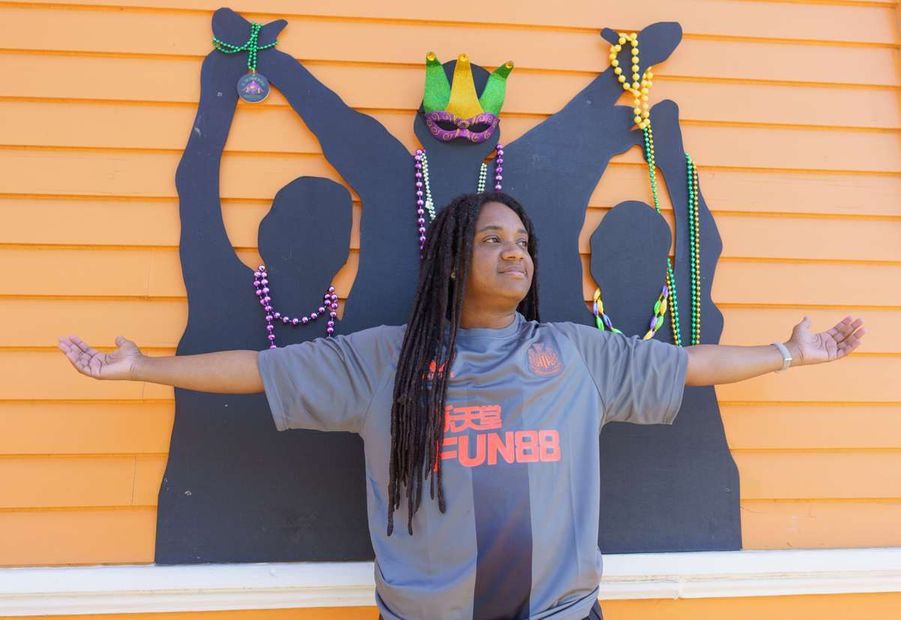 Meet Jey, a Newcastle United supporter in New Orleans whose southern hospitality helped create a lifelong bond with a club and new friend an ocean away.

"Mardi Gras is the total opposite of what you see on TV. It's literally a family event. The whole city comes together. Everybody's chilling, eating, drinking, watching parades. It's like having one big family reunion. People are total strangers, but they don’t care. That’s New Orleans.

"Mardi Gras is also when Newcastle United came into my life.

"We were renting our place for Mardi Gras and a guy named Steven stayed with us. He’s from Newcastle and he just started overloading us with knowledge about the city and his favorite football team.

"I'd never even heard of the team because obviously in America everybody likes Chelsea or FC Barcelona so I was like, 'oh cool. I like underdog teams, lesser-known teams'. But I quickly learned that Newcastle is not a 'lesser-known team' in England.

"They are fanatics and he got me on it while he was here. We would wake up early, go to this bar and see other crazy football fans that were also up at like eight in the morning to watch the games. And it was as foreign as a whole; a brand new community that I've come to know.

"I've never seen anything like it. Down south, American football is king, but this was another level.

"Steven’s time with us was special because we got to, in a way, swap cultures. He brought an insane amount of food with him from Newcastle and introduced us to the cuisine they have up there. God, he loved to cook!

"And then on the flip side, we showed him a real New Orleans Mardi Gras. He got the old-school New Orleans flavors, the underground restaurants as well as the more modern stuff. Throughout the time we all got closer and closer. Like I said, that’s what Mardi Gras is all about.

"Even now that he’s back in England, he still sends the kids birthday and Christmas presents. He’s become a member of our family. I think he’s a great representation of who people in Newcastle generally are.

"Now we message in WhatsApp nonstop about Newcastle, but life too. It’s amazing how Mardi Gras brought us together, but the Magpies keep us close."