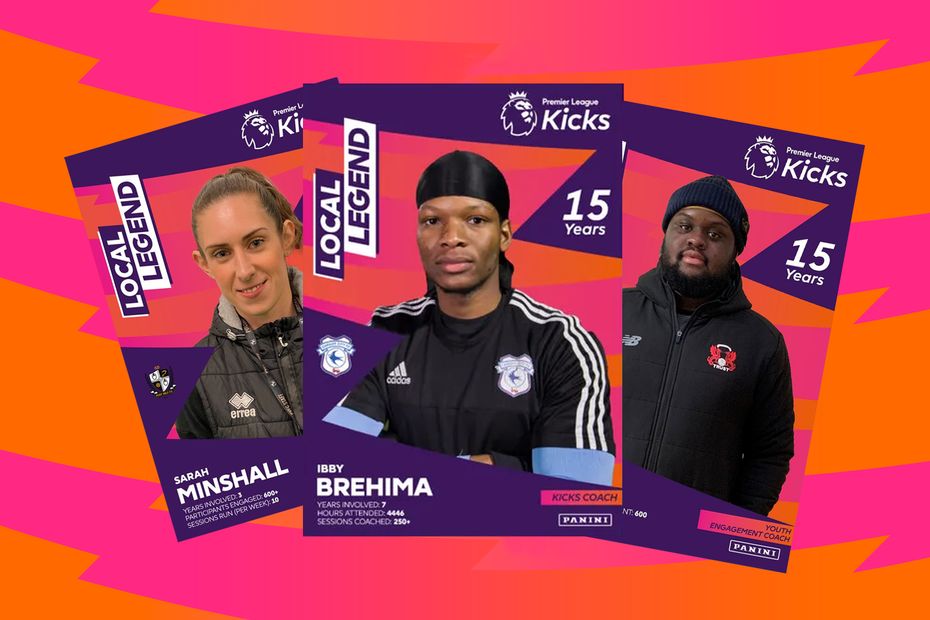 More than 90 professional clubs in England and Wales have delivered free weekly football and sport sessions as well as educational workshops since the programme started in 2006/07 to about 440,000 youngsters.

They have been celebrating the 15th anniversary of Premier League Kicks by nominating a Premier League Kicks "Local Legend",  somebody who has taken part in, volunteered or worked on the programme and has inspired others through their dedication, work ethic and own personal development.

#PLKicks has opened up a lot of opportunities for me 🗨️

16-Year-Old India joined our Kicks' sessions last year and has flourished in confidence, joining our RTC programme and volunteering at numerous events 🙌

"I want to give back to the community I live in and teach others how they can be safe and street smart"🗣️#PLKicks has seen Ibby go from a participant, to volunteer and now a integral part of our staff team👏

As part of the #PLKicks 15 year anniversary we have been celebrating the recent achievements of Community Engagement Coach, Phil Bowker.

He has now been awarded with his very own panini card!🏆

👏 Kyran Graham has been named as a Premier League Kicks “Local Legend” by Leyton Orient Trust as part of the programme’s 15-year anniversary.

Through our free #PLKicks Football sessions, Nour has progressed into a volunteer coach & referee. In the future, she hopes to build a career in Women's football ⚽