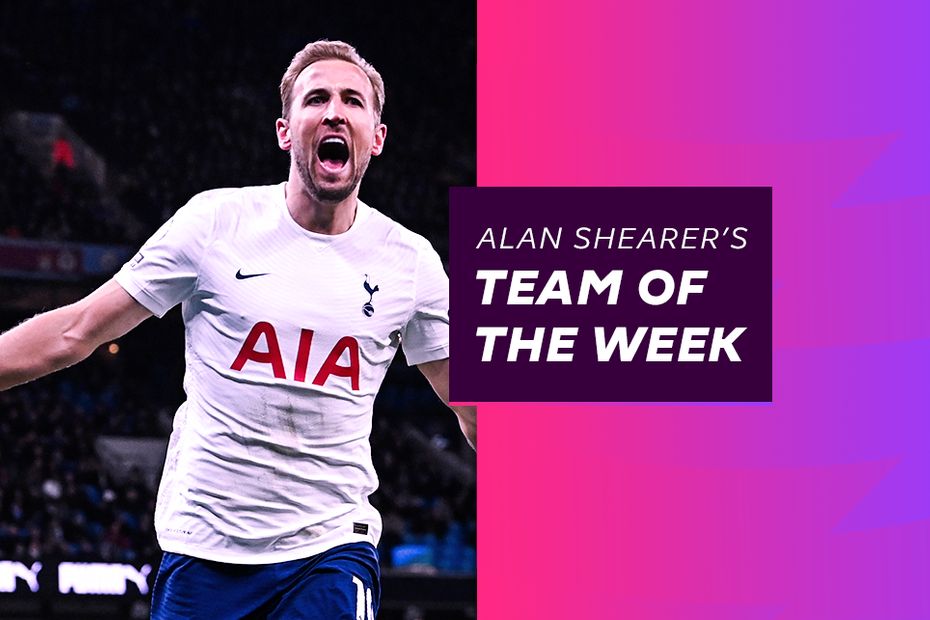 Harry Kane: “An incredible game, and a great moment for the team” External Link
FPL experts: Is Son or Kane the better pick?
Budweiser Kings of the Match: Matchweek 26

Harry Kane was at his very best as Tottenham Hotspur beat leaders Manchester City 3-2 on Saturday, scoring twice, including the stoppage-time winner.

Alan Shearer called Kane's performance a "masterclass" in how to play as a centre-forward, a true compliment from the Premier League's all-time top scorer, who included the Spurs striker in his Matchweek 26 Team of the Week.

⭐️ @alanshearer selects his Matchweek 26 Team of the Week ⭐️

Jose Sa (WOL)
"He was under pressure for much of the match and made important saves, including one in the last minute."

Tino Livramento (SOU)
"Back in the starting line-up after injury, he was solid in defence and produced an assist."

Nathan Collins (BUR)
"Solid as a rock and a great clean sheet. The 20-year-old is finding his feet at the top level."

Matt Targett (NEW)
"Utterly reliable at the back and gave everything for the Newcastle United shirt."

Joe Willock (NEW)
"His first goal of the season was reward for a performance full of running and quality."

Emile Smith Rowe (ARS)
"He made the difference, producing yet another clinical finish."

Mohamed Salah (LIV)
"That's 150 goals and counting for Liverpool. His skill and control was outrageous at times."

Harry Kane (TOT)
"A masterclass in how to play centre-forward. Two goals against the champions, 10/10."

Wout Weghorst (BUR)
"The big man scored one, set one up and looks to have given Burnley real punch up front."

Manager: Antonio Conte (TOT)
His game plan worked to perfection. Managerial genius against one of the all-time greats in Pep Guardiola.