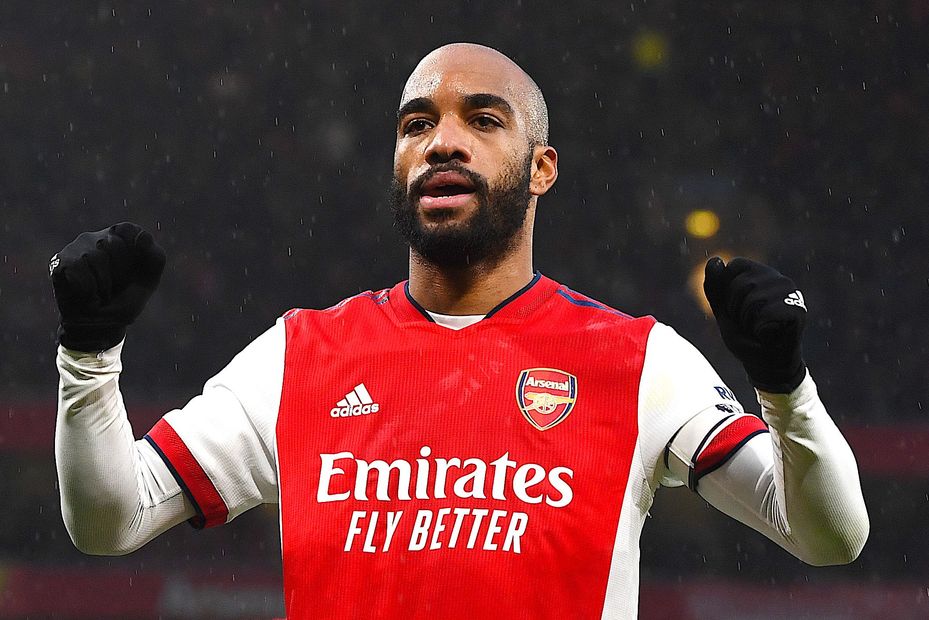 Every player in this week's best Fantasy XI has two Gameweek 26 matches. How many do you own?

Home matches against Brentford and Wolverhampton Wanderers give Alexandre Lacazette (£8.3m) the chance to continue his improving form in Fantasy Premier League.

Arsenal’s Frenchman has produced two of his three goals and all four of his assists for the season in his last seven appearances.

He has averaged five points per match (ppm) during that spell compared with a mere 1.8 ppm beforehand.

His eight big chances and eight shots on target from Gameweek 16 onwards are both team-leading totals.

Mohamed Salah (£13.0m) is handed the armband and Trent Alexander-Arnold (£8.5m) is vice-captain.

The goalkeeper claimed 19 points in Burnley’s recent Double Gameweek 23 thanks to two clean sheets, two save points and five bonus. Pope has averaged 6.1 points per match in his last seven appearances ahead of encounters with Brighton & Hove Albion and Tottenham Hotspur.

At home, the right-back’s total of 77 points is a team-leading total for Liverpool. Alexander-Arnold’s seven double-figure hauls rank joint-top in 2021/22 Fantasy, highlighting his huge captaincy potential against Norwich City and Leeds United at Anfield.

The Brazilian has averaged 5.2 points per match this season thanks to his multiple routes to returns. Gabriel has combined three goals with 11 clean sheets and 11 bonus points, while his three double-figure hauls are the joint-most for Arsenal.

The Moroccan offers strong potential at both ends of the pitch against Leicester City and Arsenal. Saiss has two goals and nine clean sheets this term, with his 11 shots in the box placing third for Wolves.

More than 390,000 managers have their Triple Captain chip active for Gameweek 26 and the vast majority are certain to play it on Liverpool’s Egyptian. Salah produced 25 points against Norwich and Leeds earlier this term.

An ownership of 2.5 per cent makes Mane a major differential for Liverpool’s two home matches, particularly with doubts over the fitness of Diogo Jota (£8.5m). Norwich and Leeds are both among the three sides who have conceded the most away goals in 2021/22.

The winger offers a secure route into Crystal Palace’s attack against Chelsea and Watford. Zaha’s six shots and five shots in the box both place top for the Eagles over the last two Gameweeks.

The Arsenal winger has blanked in only one of his last five outings at Emirates Stadium. At home, Saka’s 27 shots, 22 shots inside the penalty area and 24 chances created are all team-leading totals.

Playing as a forward, the Burnley star has six goals in 11 starts this season. Cornet’s average of 144.2 minutes per goal places fifth among midfielders with more than five goals.

An ownership of only 4.6 per cent makes the Arsenal forward a key differential for Double Gameweek 26.

The Mexican has stepped up his output in Fantasy, scoring in two of his last three Gameweek appearances. Jimenez’s 41 shots, 32 shots in the box, 13 shots on target and 27 chances created all rank top for Wolves this season.