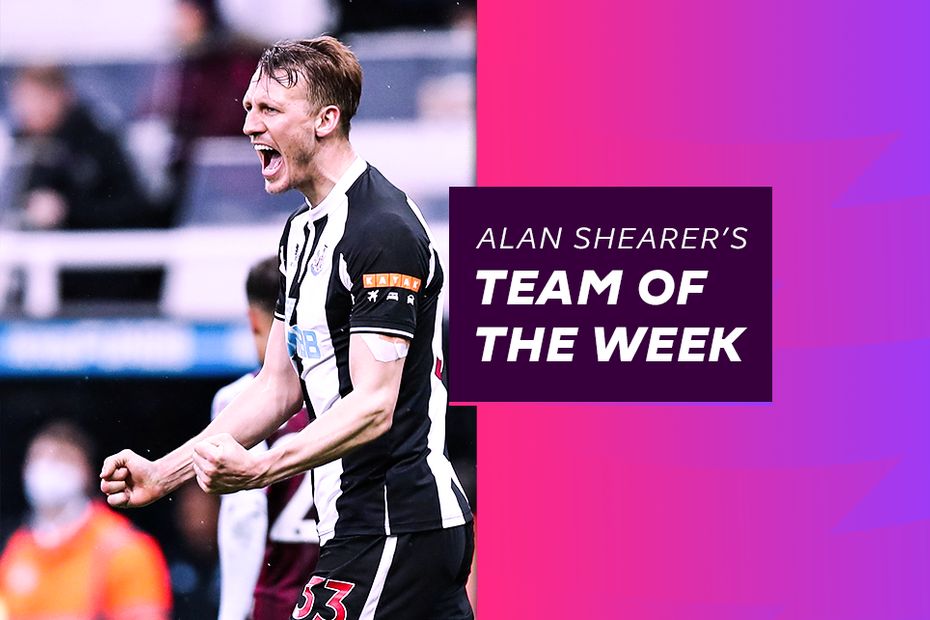 Burn: Newcastle debut was everything I dreamed of and more External Link
Budweiser Kings of the Match: Matchweek 25
FPL team news: Klopp update on Jota and Alexander-Arnold

Dan Burn made a dream move last month as he joined his boyhood club Newcastle United, and his debut on Sunday was everything he would have hoped for.

Playing in front of the home faithful at St James' Park, the centre-back helped the Magpies keep a crucial clean sheet in a 1-0 win over Aston Villa that took them four points clear of the relegation zone.

Burn was an easy pick for Newcastle legend and supporter Alan Shearer, the Premier League's record goalscorer, as he selected his Team of the Week.

What do you make of his picks? 🤔 pic.twitter.com/ysguGR0sdS

Fraser Forster (SOU)
"The big man produced a big performance, with some superb saves to earn a deserved point at Old Trafford."

Seamus Coleman (EVE)
"His goal set Everton on their way. You could see how much it meant to him. Such passion!"

Adam Webster (BHA)
"He was outstanding and showed why some say he deserves an England call-up."

Dan Burn (NEW)
"What a moment for the Geordie. A commanding display on his debut for his boyhood club."

Anthony Gordon (EVE)
"He may have been lucky with his goal but it was fully deserved for the Academy graduate, who is becoming a key part of Frank Lampard's team."

Fernandinho (MCI)
"The veteran rolled back the years with an outstanding all-round display to keep Norwich quiet."

Oriol Romeu (SOU)
"Immense in the heart of Southampton's midfield. Tough in the tackle, creative in attack and even slotted in at centre-back in the first half."

Donny van de Beek (EVE)
"After struggling for game time this season, he hit the ground running and showed why Manchester United brought him to England."

Jarrod Bowen (WHU)
"He's in the form of his life, taking his goal brilliantly and then providing the assist for Craig Dawson's late equaliser."

Raul Jimenez (WOL)
"Not only did he show a clinical touch to score but he caused Tottenham Hotspur problems all afternoon."

Raheem Sterling (MCI)
"He is back in form, as his perfect hat-trick showed. It doesn't get much better than that!"

Manager: Frank Lampard (EVE)
"Lampard earned his first Premier League win as Everton manager in style. A huge boost to their hopes of staying up."