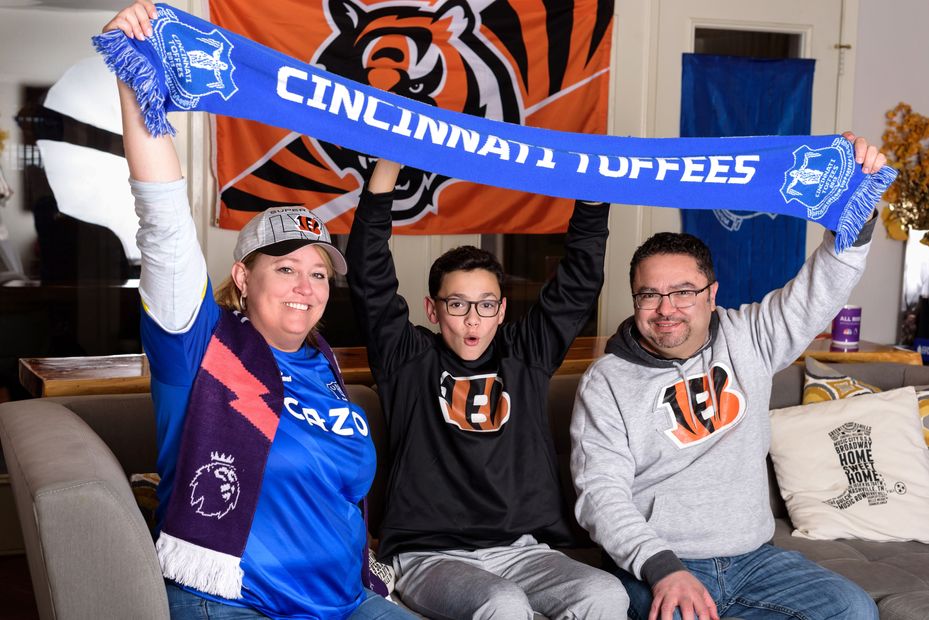 Matchweek 25: Where to watch on NBC Sports
Premier League passion in the US: Fans' stories
Best Premier League goals by American players

Ahead of Super Bowl 2022 between Cincinnati Bengals and Los Angeles Rams, fans from either team have been asked to discuss their favourite Premier League clubs.

Meet Kate, an Everton and Bengals fan from Cincinnati, who has stuck with her family and her teams through thick and thin.

“For all the years we've suffered together, now it’s almost like we don't quite know how to celebrate.

"The whole city is in shock that we can say the Bengals are going to the Super Bowl. Honestly, it’d probably feel the same way if Everton had similar success!

"It’s definitely been a journey being a Bengals and Everton fan. I have a fairly typical American Everton story. I loved Tim Howard and started watching the Toffees because of him.

"Still, as we say in our @EvertoninUSA community, you don’t choose the club, the club chooses you. It’s grown into an obsession ever since.

"On the other hand, I was born and raised in Cincinnati so I’ve been a Bengals fan all my life. I was a young girl the last time we had a Super Bowl party here.

"My husband is from Mexico and has been here for 22 years, while my son is a seventh grader, so they’ve never experienced anything like this with this team.

"They went down to Kansas City together to watch the AFC championship game and they’re still pumped full of adrenaline from it. We love watching Bengals' games together and this season has just made it that much more special.

"When it comes to watching the Toffees, I love going down to the pub to watch with our local supporters group and my husband sometimes joins me for that.

"My son is another story. I think he’s at that age where he wants to rebel against me and right now that’s manifested in being a huge Mohamed Salah fan.

"Obviously, as an Everton fan that makes it difficult. For Christmas he asked for a Mo Salah jersey and I may have gotten him an Egyptian national team one because obviously, Liverpool red is not allowed!

"We’ll all be on the same team for the Super Bowl though. We’re a bit superstitious so we’ll all be wearing our same gear from the last game.

"As you know, we share a border with Kentucky and I’ve found this orange and black bourbon that I’ll probably be sipping. I saw Everton fan Roger Bennett tweet out that all of us in Cincinnati would be having Skyline Chili hangovers and I was thinking, no no no, you have Skyline Chili for the hangover.

"So however it goes this Sunday night, you can bet you know what we’ll be eating, whether we’re celebrating or not. That’s one thing we definitely know how to do.”