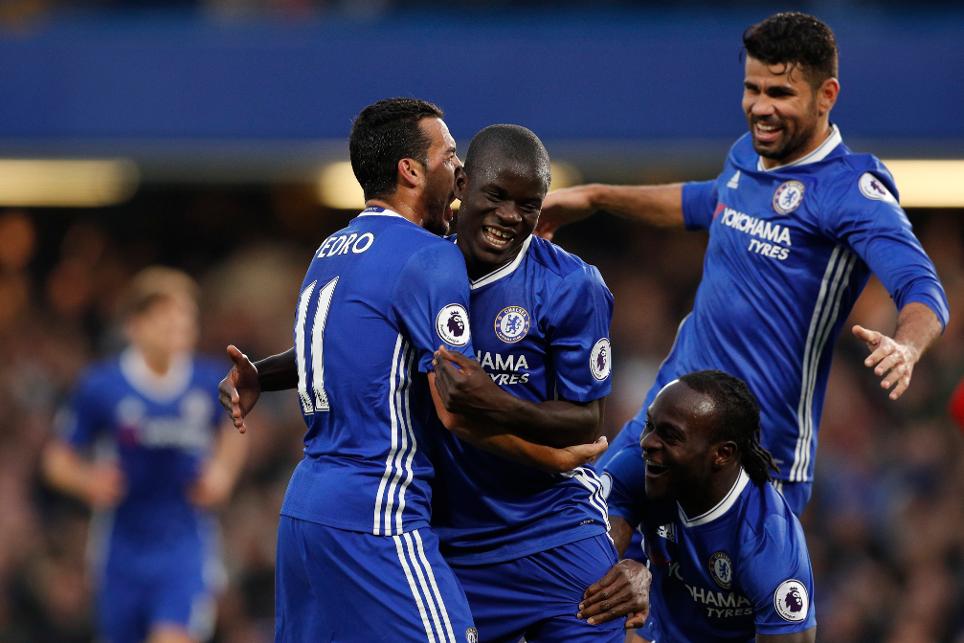 Chelsea have no new injury concerns and welcome N'Golo Kante and Diego Costa back from suspension.

John Terry (glute) is back in training but may not be rushed back, while Pedro serves a one-match ban.

Stoke City manager Mark Hughes says he is still waiting on a "number of players" to return from injury, with Marc Muniesa (knee) and Geoff Cameron (knee) unavailable along with long-term absentees Jack Butland (ankle) and Stephen Ireland (leg).

Phil Bardsley is back in training and may feature but Marko Arnautovic is suspended.

Chelsea did not win either match v Stoke City last season (D1 L1), the first time they had failed to beat them either home or away in a league campaign since 1974/75.

The Potters are winless in 11 league visits to Chelsea, last winning there 1-0 in April 1974.

Chelsea have not lost their final league match of a calendar year since 2011, while Stoke City have ended the last two calendar years with a league victory.

Marcos Alonso has ended on the winning side in each of his last 16 PL starts (four for Sunderland, 12 for Chelsea); only Arjen Robben has gone on a longer run in PL history (20 matches in a row between December 2004 and January 2006).

Antonio Conte: "To have 12 wins in a row is a great achievement but it's not enough for us to win the title right now."

Mark Hughes: "They're on a great run but that has to come to an end at some point. Why can't we be the team that does that?"