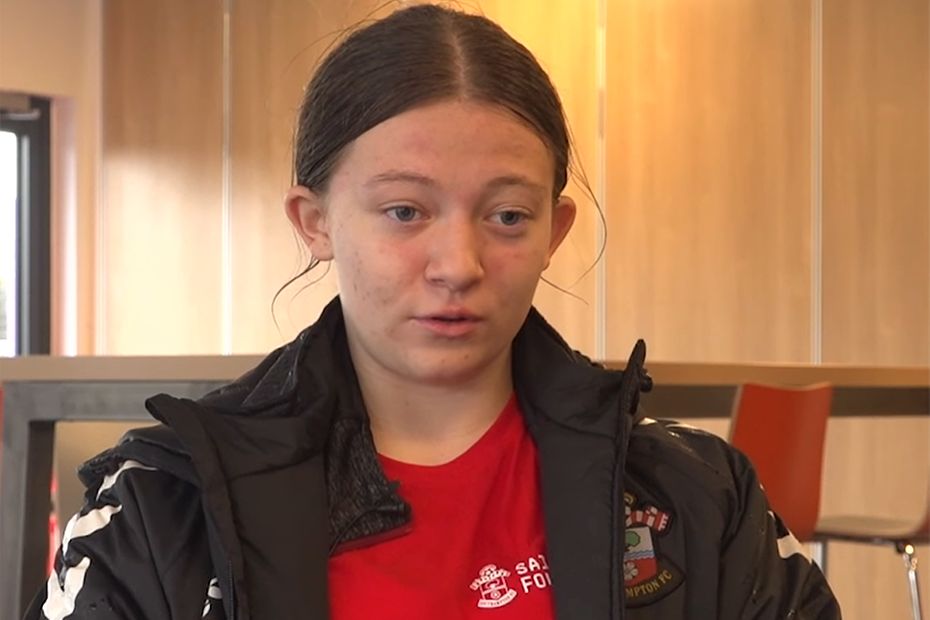 For 14-year-old Jess, the Premier League Changemaker programme with the Saints Foundation has given her some essential life skills as well as the confidence to be a mentor to other aspiring female footballers.

Jess sometimes struggled with traditional schooling, but has found a new direction through Changemaker, football and Southampton's charitable arm.

"Before, I wasn't confident talking to people," she says. "My brother was born disabled and he's got multiple medical needs. We were told he wasn't going to make it 24 hours. He's now 12. He's a fighter.

"The course gives me a place to be myself, be a teenager really. It's a place for me to communicate with other girls my age and actually do something I enjoy.

"I feel like it's given me the necessary skills for life, for any situation I come into."

Premier League Changemakers, funded by the Premier League and Sport Relief, supports girls and young women in developing their personal skills and positive attitudes for leadership.

Jess has an inspiring role model as the programme is run by Southampton FC Women's captain Shannon Sievwright, who is a female inclusion officer for the Saints Foundation.

"Jess has made new friends," Shannon says. "She's engaged with others when she's leading.

“She's talking to the young women who have maybe never played football before, showing them how to play through demonstrations, which is amazing for her."