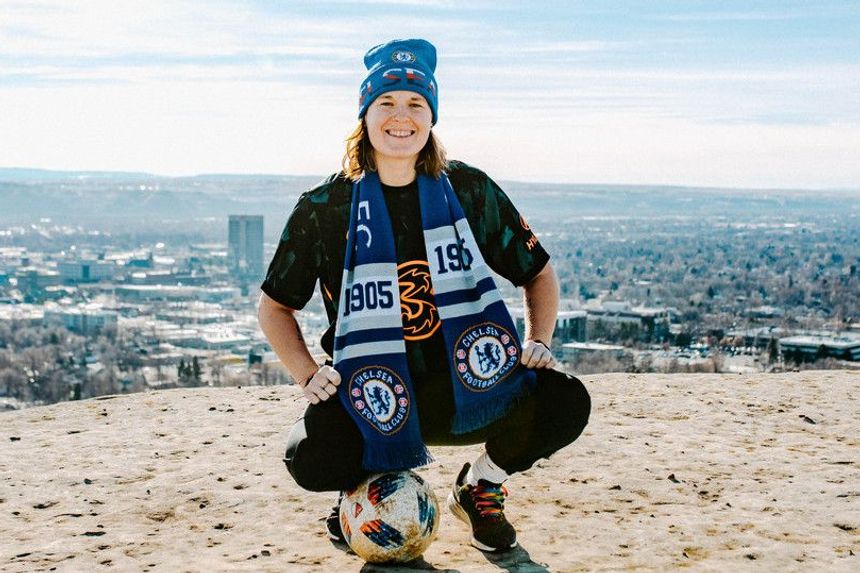 Meet Chelsea fan Kendyl, a grad assistant for a women's soccer team in Billings, Montana, who wants to grow the beautiful game in small town, USA.

“I’ve only met one other Chelsea fan in person.

"I was born and raised in a small town in North Carolina and then played college soccer two hours down the road in Tennessee.

"Now I’m a grad assistant for the women’s soccer team at a university in Billings, Montana. So as you can see, I’ve only known small towns.

"At an away match in Colorado, I met an opposing assistant coach who was also a Chelsea fan. I can’t tell you how exciting it was finding out he wakes up at 5:30 in the morning to watch matches just like me. I loved finding that connection.

"Beyond watching the players on the pitch that early, I’m just as enthralled at watching the sideline. I pay such close attention to what Thomas Tuchel is doing at Chelsea. You can tell he really cares about his players by how animated he is on the sideline.

"I’m the same way. I feel like showing that energy tells my players that they come first. I wish I could sit down and have a chat with him or watch him run a session to see how he does everything, because I know first-hand the impact a great coach can have on a player.

"Growing up in rural America, I had no idea playing soccer in college could ever be an option for me. It was never on my radar.

"Then we had a new coach join the staff at my high school who showed us the process. It changed my life and that’s how I got into coaching.

"My goal after grad school is to do the same for kids from my background. It can be tough getting small-town kids into soccer. Many have previous perceptions that soccer matches just end in ties and the games are boring.

"I want to help them see the beauty in the sport. If they understand how the game is played, they’ll fall in love with it. And I’ll be there, the same way Tuchel is, to be their biggest supporter, challenging them to achieve their dreams.”