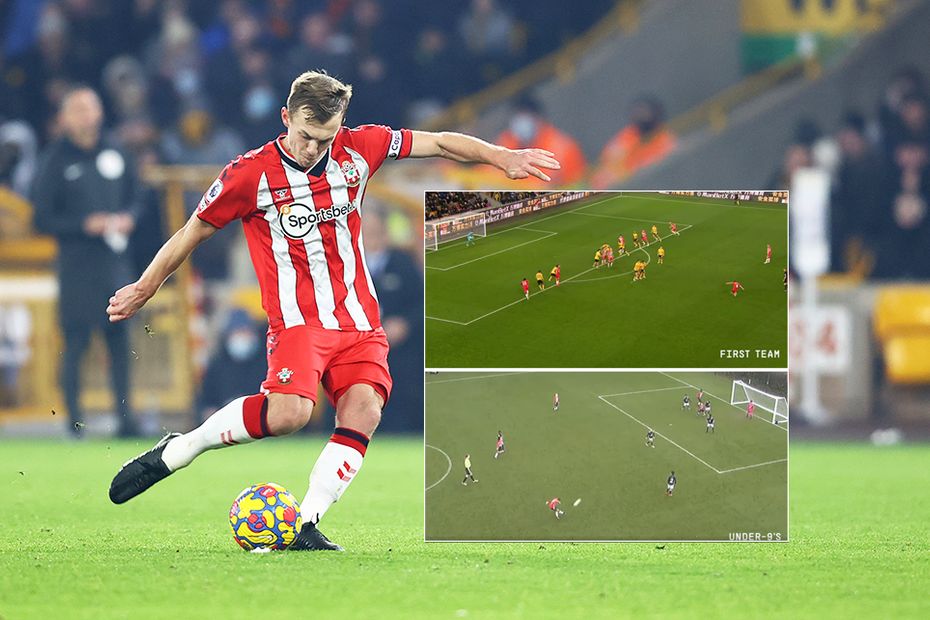 It was at the Southampton Academy where James Ward-Prowse honed the set-piece prowess he displayed with his incredible strike at Wolverhampton Wanderers on Saturday.

And the next generation of Saints stars are following the club captain's example, as one Under-9 player has shown in spectacular style with a stunning free-kick of his own.

There were also some spectacular goals across our Under-23 competitions over the weekend.

Leeds were at it again in Premier League 2 Division 1 three days later, with Amari Miller curling a superb shot into the top-left corner in a 2-0 victory over Derby County.

Will Alves and Wanya Marcal-Madivadua scored eye-catching goals as Leicester City produced a 2-1 comeback win at home to Brighton & Hove Albion in Division 1 on Monday.

Alves, a 16-year-old forward, swept the ball beautifully into the bottom-right corner for his first PL2 goal.

Then with three minutes remaining, Marcal-Madivadua thundered in a powerful late winner that took the Foxes up to 10th in Division 1.