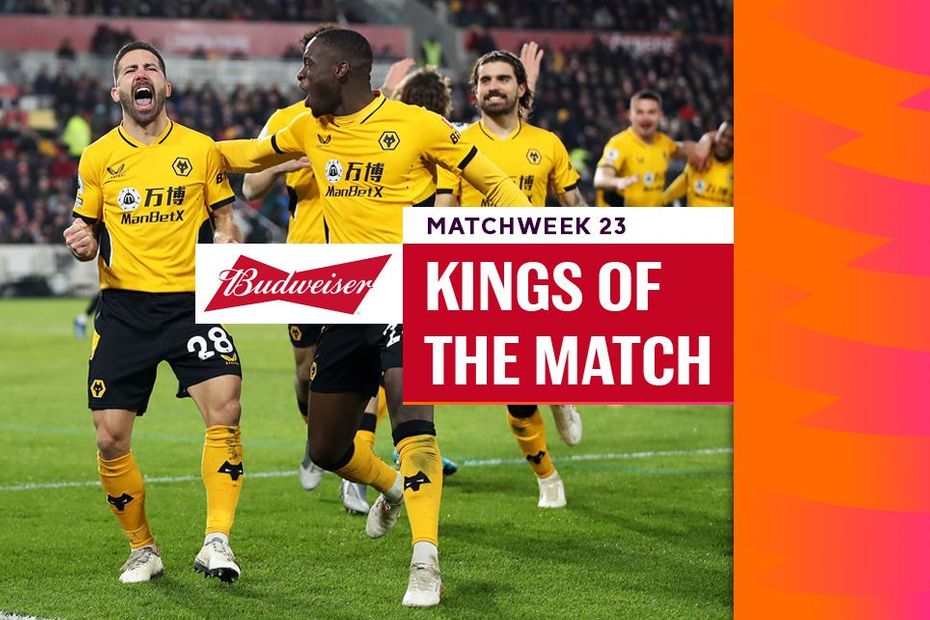 See which players earned the backing of supporters, including Wolves' Joao Moutinho

Moutinho | 'Only with consistency can we achieve something good' External Link
Hoddle: Ziyech's wonder goal came at a precious time
January 2022 Transfers & News

After the final whistles in Matchweek 23 of 2021/22, thousands of supporters voted to crown their Budweiser Kings of the Match.

See who came out on top across the weekend's matches, and click on the results below to find out how the voting went.

The American's first Premier League goals lifted Norwich City out of the bottom three and gave him over two-thirds of the vote.

Facing his former club Everton for the first time, the left-back created the only goal for Emiliano Buendía from a corner.

Scored one goal and set up another as Wolverhampton Wanderers extended their unbeaten run to five matches.

The Newcastle United midfielder's free-kick earned his side a first away win of the season and gave him over 60 per cent of the vote.

The Spaniard took over half the vote after his saves earned Manchester United a first clean sheet in six matches en route to a dramatic late win.

The left-back helped Arsenal keep a clean sheet against Burnley to earn 35.5 per cent of the vote.

The Brazilian made four crucial saves to help Liverpool close the gap on leaders Man City.

The striker scored for the second successive Premier League match as Leicester City were held by Brighton & Hove Albion.

His sublime, curling finish put Chelsea ahead against Tottenham Hotspur and earned him two-thirds of the vote.