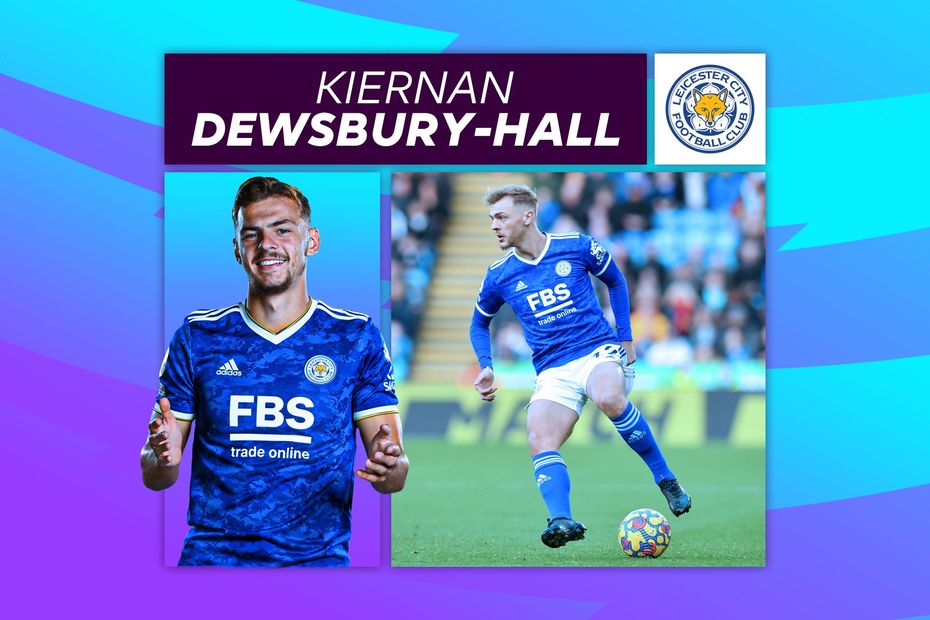 The recent emergence of Leicester City Academy graduate Dewsbury-Hall has given Brendan Rodgers a welcome lift for 2022.

The left-footed midfielder started four Premier League matches in a row during December and proved his worth as a tireless and dynamic presence.

During a stellar display in the 1-0 win at home to Liverpool on 28 December, Dewsbury-Hall regained possession more times than any team-mate (14), while also completing the most passes (35) for Leicester.

In addition, he supplied a brilliant pass for Ademola Lookman to score the only goal.

On the back of successful loan spells with Blackpool and Luton Town, the 23-year-old is now equipped to strengthen Leicester's starting XI.

Leicester’s manager places high physical demands on his players in and out of possession, meaning the tireless Dewsbury-Hall is an ideal fit.

His stamina is simply outstanding. Indeed, he is covering 1km more than any team-mate on average this term.

Dewsbury-Hall’s natural style is to be a box-to-box player, usually on the left within a three-man midfield, but he can play centrally or to the right.

His ability to get around the pitch, tracking back or pushing forward to offer creative support, was an asset in home victories against Newcastle United and Liverpool.

He also loves to close down opponents, making a squad-high 49 pressures per 90 minutes.

Rodgers’ teams have always been at their best when pressing with aggression to create turnovers and Dewsbury-Hall performs that task with relish.

He will be asked to play in the same manner when Tottenham Hotspur visit King Power Stadium on Wednesday.

In Premier League terms, Dewsbury-Hall is still an inexperienced player, but he has not shied away from taking responsibility.

Averaging 73 touches per match, he demands the ball from team-mates and links play in a neat and progressive manner, delivering most of his passes forward.

He is similar in style to Youri Tielemans in that he looks to create chances and attempt shots on goal, in addition to providing solid defensive work.

He had five direct goal involvements for Blackpool in 2019/20, before producing nine at Luton last term in the Championship (three goals and six assists), so there is potential for him to deliver more frequently in attack.

When you consider he wins possession almost as often as Wilfred Ndidi too, it is clear the Foxes have unearthed a classy all-rounder.

In a mixed campaign so far for Leicester, Dewsbury-Hall’s progress and influence has been a major boost for Rodgers.