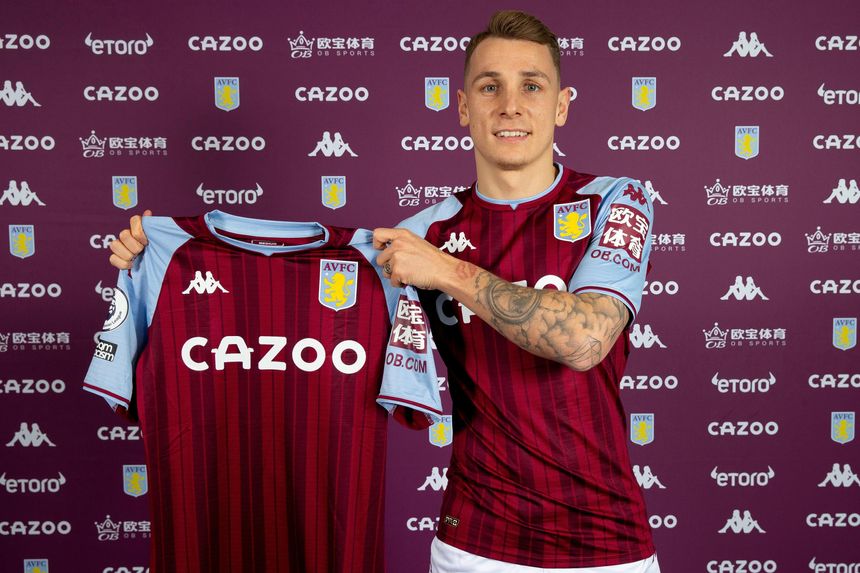 Digne: I wanted to be part of exciting Villa project External Link

Aston Villa have announced the signing of left-back Lucas Digne from Everton.

The defender is Villa head coach Steven Gerrard’s second January signing following the arrival of Philippe Coutinho on loan from Barcelona for the rest of the season.

"I’m really happy to be here," Digne told the official club website. "It’s a big project after the signing of Philippe and the club spending a lot of money last summer.

“The project is really interesting. You can see from last summer that the project is in a good way, and I think all the players want to be here to be part of this project.

“I will try to bring myself. I’m a winner and I want to win every time and show my quality.”

In total, Digne has scored four goals and provided 18 assists in 113 Premier League appearances since joining Everton from Barcelona in 2018.

Digne will hope to make his debut for Villa when they host Manchester United on Saturday 15 January.