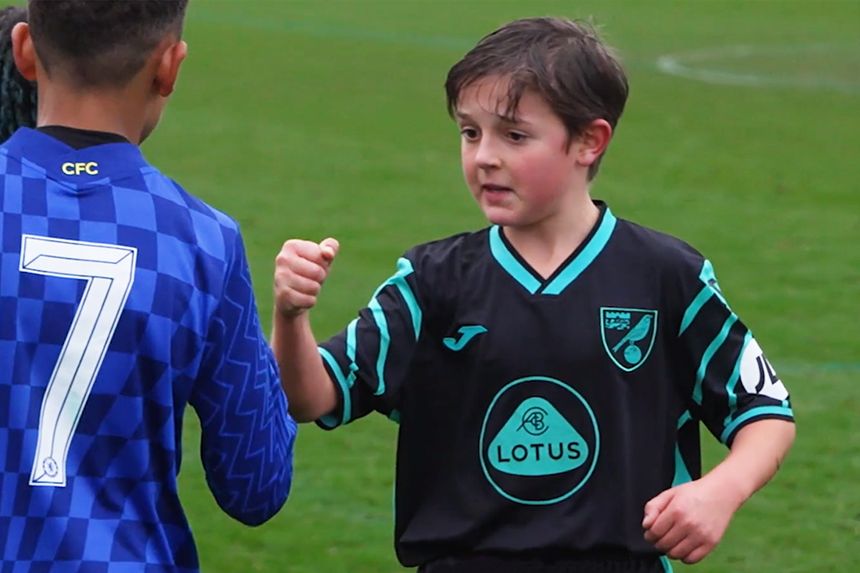 Chelsea and Norwich City's Under-12s joined 10 other Academy teams at the 2021 Premier League Christmas Truce Tournament last month in an event that was so much more than a football competition.

Six U12 sides were joined by another six U13 teams to learn about the sacrifices made by soldiers in the First World War and the importance of friendship as they exchanged gifts, shared an educational experience and played football in tribute to the Christmas Day Truce shared by German and Allied soldiers on the battlefields in 1914.

"We took in the experience of how the Germans, how they came into No Man's Land and they exchanged gifts with the English. After one of the tournaments we actually gave gifts as a sign of the friendship between us."

The three-day event started with a day of education as the boys stepped inside trenches at the Staffordshire Regiment Museum, gave readings and laid wreaths in a service conducted by a chaplain and visited the National Memorial Arboretum.

"Having this experience is great; the museum, here. I've learnt lots of stuff," said Chelsea player Jayden, 12. "I've learnt how to take risks, be brave and not put your head down."

The teams qualified for the Truce Tournament through an educational challenge, having done projects on the First World War and how players from their clubs and local areas were affected.

The boys then showcased their talents on the pitch in two days of matches, with Jayden's Chelsea winning the U12 tournament while Tottenham Hotspur lifted the U13 trophy.