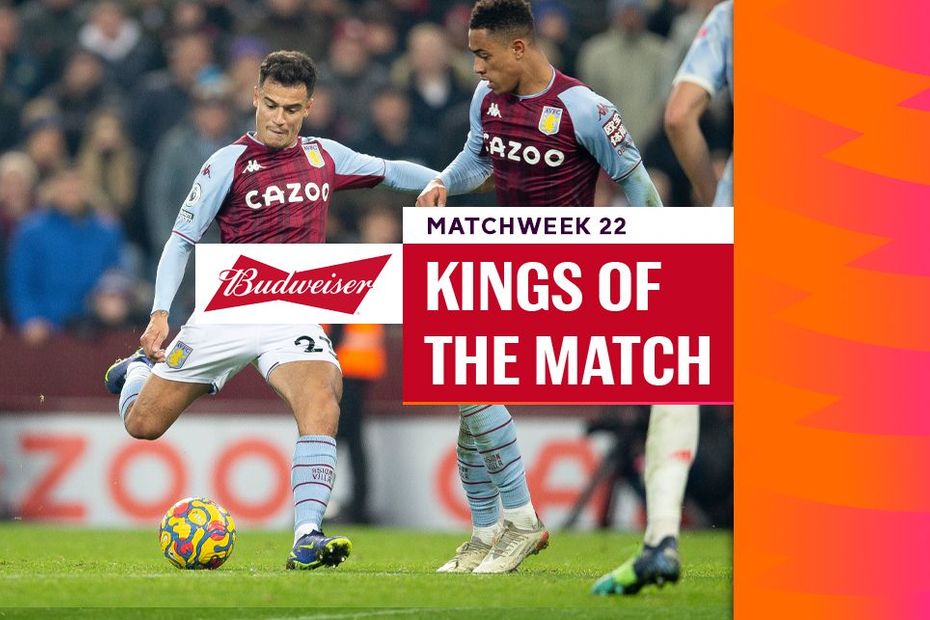 See which players have earned the backing of supporters, including Aston Villa's Philippe Coutinho

After the final whistles in Matchweek 22 of 2021/22, thousands of supporters have voted to crown their Budweiser Kings of the Match.

See who has come out on top so far across the midweek matches, and click on the results below to find out how the voting has gone.

Three players polled over 17 per cent of the votes, but it was the Crystal Palace midfielder who came out on top after scoring his seventh goal of the season.

Scored the winner for Manchester City with his fifth career strike against his former team.

The Frenchman's fifth goal of the season helped him edge out Watford goalscorer Joao Pedro to the award.

The striker scored his first Premier League goal in Norwich City's third win of the season to move them off the bottom of the table.

The Wolverhampton Wanderers goalkeeper made nine saves in his side's 3-1 win at Molineux.

Back in the Premier League, the Brazilian scored the equaliser to earn Aston Villa a point and beat Bruno Fernandes to the prize.

An assist and a clean sheet were enough to earn the full-back three quarters of the vote as Liverpool beat Brentford.

The Brighton & Hove Albion defender scored his first goal of the season to earn his side a draw against Chelsea.

The Dutchman came off the bench and struck two stoppage-time goals as Tottenham Hotspur earned a dramatic late win.

Over half of the vote went to the Manchester United playmaker, who set up Mason Greenwood and Marcus Rashford to inspire victory.