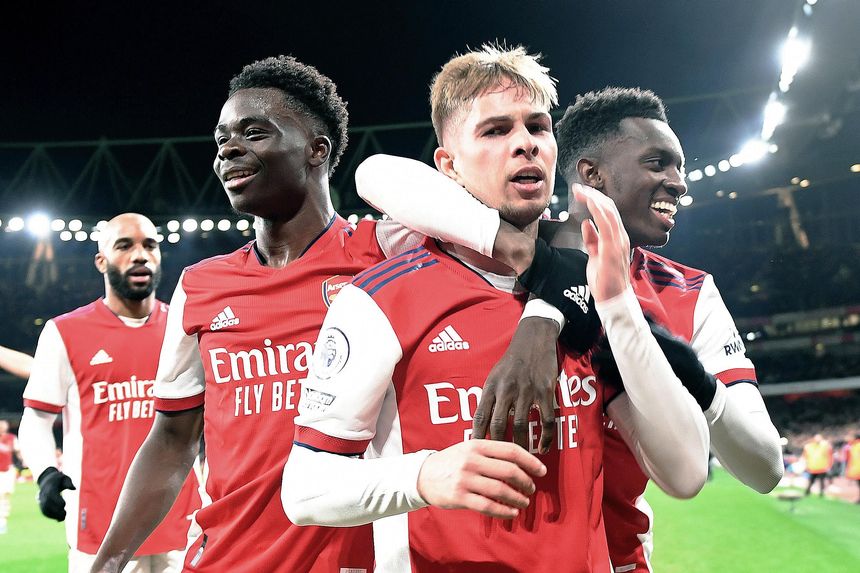 Oliver Hopkins looks at key tactical points and players who can be decisive in Matchweek 19.

Arteta has had a rocky time at Arsenal, but now the Spaniard's transformation of the club is beginning to take shape, and for the first time in a while the club seem to have a clear plan which involves putting youth first.

One need look no further than this year's summer transfer window to see his plan in action.

All six of his permanent signings were aged 23 or under, while Arsenal also managed to secure 21-year-old Emile Smith Rowe to a long-term deal, after doing the same with 20-year-old Bukayo Saka the summer before.

As a result, the average age of Arsenal’s starting XI is the youngest in the Premier League this season, at 24 years 230 days, with the Gunners accounting for each of the 16 youngest starting XIs named in the competition this term.

In fact, their average age is over a full year younger than the next-youngest side, Brentford (25y 256d).

After losing their first three league matches this season without scoring for the first time in the club’s history, questions were being asked of Arteta. He desperately needed his new signings to find their feet quickly.

Thankfully, they did just that. Since the end of the transfer window, only Manchester City (38) and Liverpool (34) have picked up more points than Arsenal’s 32.

But going forward, it has been three existing young guns who have done the damage. Between them this season, Smith Rowe (seven goals), Gabriel Martinelli (four) and Saka (three) have scored 52 per cent of Arsenal’s Premier League goals.

That is the second-highest proportion of goals ever scored by players aged 21 or under in a Premier League season, with only Leeds United in 1999/00 having a higher such ratio, with 65 per cent, excluding own goals.

Adding their nine assists, Arsenal players aged 21 or younger have contributed to 23 goals this season, far and away the highest figure in the league.

Goals/assists from players aged up to 21

Emirates Stadium has become something of a fortress for Arsenal. With victory their in their last home match against West Ham United, Arsenal picked up their 22nd point of the season there in the Premier League.

No team have won more from home matches this term.

That win over West Ham was also notable because it took Arsenal into the top four.

They had previously not ended a day in a UEFA Champions League qualification spot since 16 October 2020.

While Arsenal are far from the finished article, Arteta has started to build a young and hungry squad and a project that fans can get behind.

If they can maintain their progress, they can become the first side since Tottenham Hotspur in 2015/16 to finish in the top four with a squad with an average age younger than 25.

Oliver Hopkins is Managing Editor of The Analyst