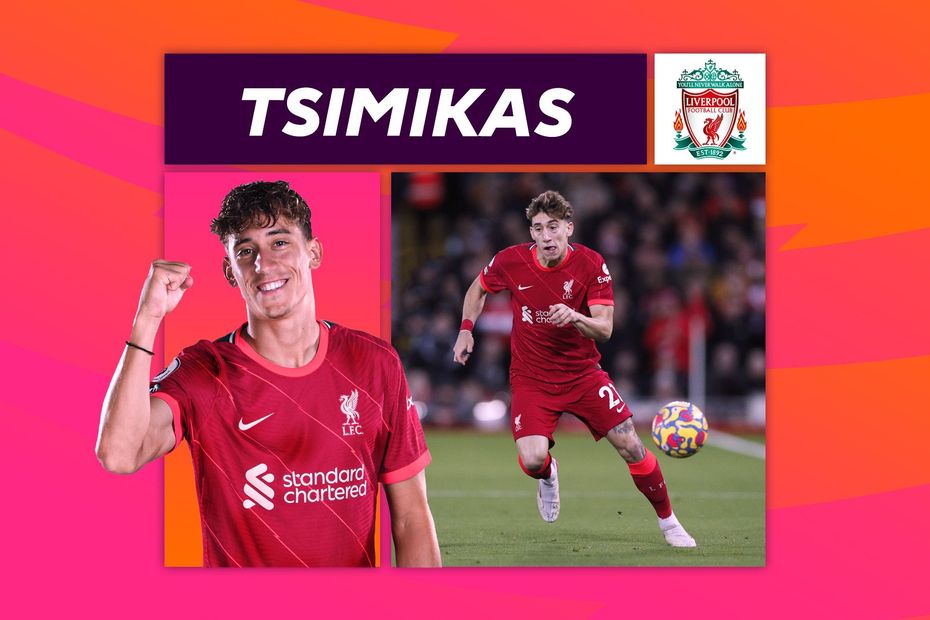 Adrian Clarke looks at key tactical points and players who can be decisive in Matchweek 20.

The suspension of Andrew Robertson for Liverpool's trip to Leicester City paves the way for Tsimikas to stake his claim for more regular Premier League action.

The 25-year-old has impressed when given opportunities this season.

Tsimikas was outstanding in home wins over Burnley, Crystal Palace and Arsenal, creating a total of 10 chances across those three Anfield matches.

The deputy left-back has also been something of a lucky charm for Jurgen Klopp this term, with Liverpool winning all nine matches he has started and keeping eight clean sheets in all competitions.

Tsimikas does not have the blistering pace of Robertson or right-back Trent Alexander-Arnold.

His top speed of 31.8km/h is some way behind the first-choice full-backs, who have both exceeded 34km/h this term.

But this does not limit his positivity. The Greek defender completes far more successful dribbles than Robertson and Alexander-Arnold, using his balance and footwork to good effect.

Tsimikas's data indicates that his end product has surpassed Klopp's No 1 full-back in several categories this season.

He delivers more crosses into the box, creates a respectable number of chances, and also wins twice as many tackles (1.81 per 90) than Alexander-Arnold (0.89) and Robertson (0.67).

With an excellent left foot, Tsimikas is neat and tidy, snappy in his defensive work and comfortable on the ball.

If Liverpool's match at Leicester is as open and entertaining as the Foxes' nine-goal thriller against Manchester City on Boxing Day, we should see Tsimikas enjoy plenty of the ball inside opposition territory.

An injury-hit Leicester side have struggled to stem the flow of goals scored against them, conceding nine goals in their last two matches in all competitions.

Three of those came against Liverpool last week as the two sides played out a 3-3 draw in the EFL Cup, which the Reds won on penalties.

If Tsimikas and Sadio Mane work well in tandem, they can cause plenty of problems down the left.

The stage is set for Tsimikas to prove that he is more than just a squad player.